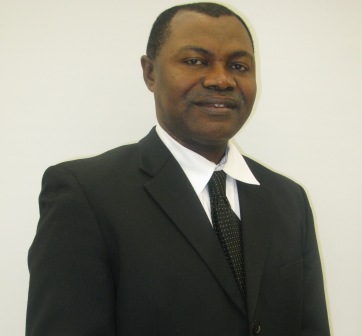 After two years of disseminating and informing diasporans and Sierra Leoneans at home, The Publisher and Editor-in-Chief of the Salone Monitor Newspapers, Mr. Joseph Sherman sees it expedient to add to the editorial staff seasoned writer and journalist who is respected both in the Diasporas and Sierra Leone.  He is no other than Mr. Sanpha Sesay commonly known as “Texas Chief” who has been reporting and making impact in the community of Sierra Leoneans without fear or favor.  We are ready to make a difference devoid of partisanship or favoritism.

Mr.  Sanpha Sesay has over 10 years’ experience in writing and editing for online and print media. He has contributed immensely in various independent media publications as well as the Sierra Leone Broadcasting Cooperation (SLBC).  His 10 years of experience in conceptualizing, writing and editing articles started from the Sierra Leone News Agency (SLENA) in the early 90s.  Prior to his attainment of college education in the United States, he has already gotten experience in news reporting, feature writing and Community Journalism from SLENA. He has a Diploma in News Agency journalism at the Indian Institute of Mass Communications (IIMC) in New Delhi. At IIMC I developed a passion for snooping out the truth, be a tenacious resourceful researcher, writer and reporter. He became an adept storyteller who treats news, features and other events with equal passion and thrives within the deadline in a newsroom environment. The training provided him with an ability to do a complete, accurate and compelling coverage of both anticipated and spontaneous news for print, broadcasting, and online media which is effectively executing at the moment. He has covered a wide range of areas as a full-time general assignment reporter for SLENA during the NPRC military government.  He has a proven ability to build relationships and gain trust facilities effecting mining of key information.  His social work major is in the University of North Texas where he learned heavily about ethics has provided him with the ability to uphold the highest journalistic ethics by enlisting through research methods and double checking sources.  He is now proud to be an expert in planning, developing and executing various media projects.

Contributors to this worthwhile career development are, the late Mr. Hindolo Trye. May his soul rest in peace. Mr. Trye saw him as a person cable of executing and have ability to conduct highly effective business remotely, breaking stories, and present unique and engaging story ideas to editors for publication. He was initially employed as an information agent in the Ministry of Information and Broadcasting and then shifted to SLENA where MR. RodMac Johnson entrusted his ability and posted him to the Ministry of Development and Economic Planning as a press attaché in 1992. Mr. Abass Kamara, currently the Public Relations Officer (PRO) in the Ministry of Health and Sanitation was a very resourceful to his establishment as a reporter. Other contributors include, Mr. Mohamed Samura, Mr. Andy Collier both at SLENA. Other people who contributed to this success story were Mr. Dwai Lungay and Mr. Baba Fortune are the two guys with benevolent and compassionate  nature whom him met in Ministry of Information was willing foster his quest for advancement.

When he migrated to the United States in mid-1999, he slowly developed an attitude of continuing his career to report on national and international events. He started reporting on variety of topics focusing on development stories pertaining to Sierra Leoneans in the Diaspora and back home events. 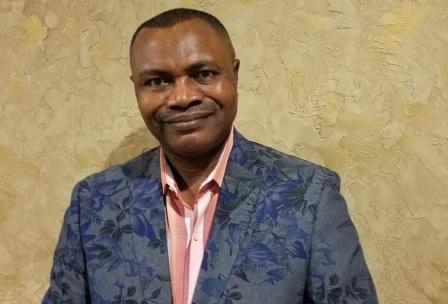