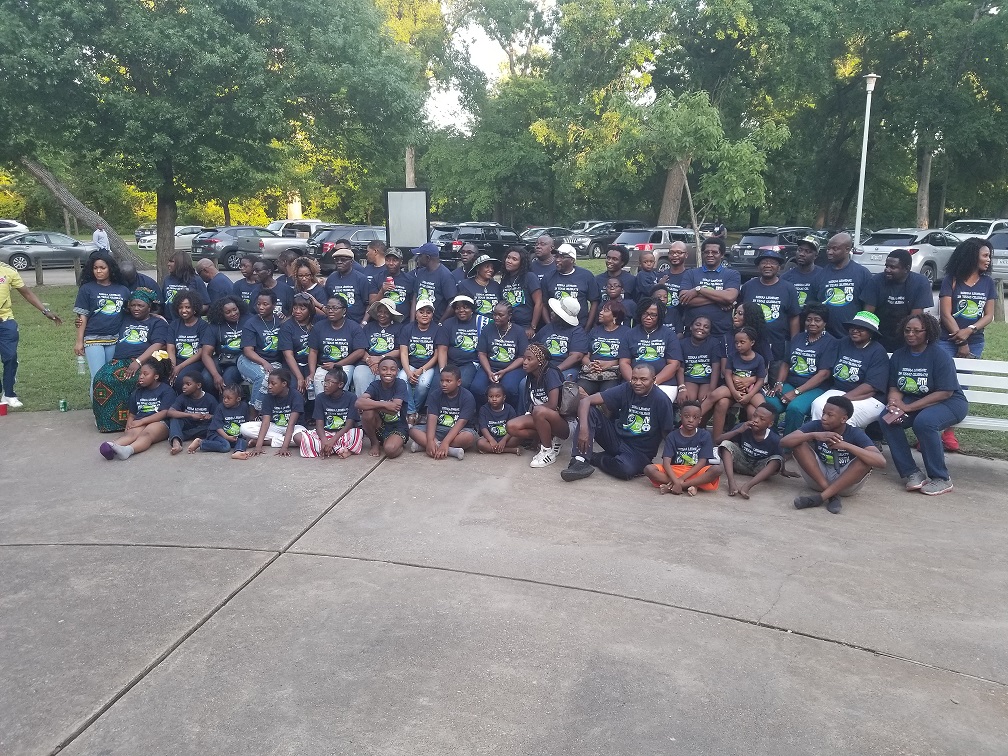 May 5th 2019, Dallas, Texas: The community picnic site was stage where of festivities were held in honor of Sierra Leone’s 58th Independence anniversary. This momentous occasion occurred in Dallas Texas on April 27th 2019. The event laid host to a health screening, which included blood pressure measurements and blood glucose testing, a Beauty Pageant show, Soccer Tournament, and slew of others to accommodate all ages. The Sierra Leone community in the city of Dallas, Texas holds on to the value that the annual Independence day anniversary is a national day that they believe is a powerful moment of commemoration that aim at renewing their citizens’ bonds to their country, Sierra Leone.

It is performed traditionally through the Association of Sierra Leonean Organizations in Texas (ASLOT), to bring together all Sierra Leoneans in the Metroplex to celebrate Sierra Leone’s Independence anniversary in Texas in grand styles.

This year was a remarkable one, seeing for the first time community healthcare personnel offering their free services to screen dozens of Sierra Leoneans by checking and testing their blood sugar level and advise patients for further treatments. Mrs. Zainabu Koroma, a nurse practitioner who values the health of her community, volunteered her service by moving her PVC Family Practice clinic at the picnic site to render free health screenings. With Mrs. Koroma, three other healthcare personnel including, Mrs. Roseline Jones, and of course one gentleman, Mr. Tom Gamanka, all made it to the health screening table.

The picnic event had lots of great activities slated, including a children’s bounce house, and a tug of war between the two major political parties, the Sierra Leone People’s Party (SLPP) and the All People’s Congress (APC)). A public ritual of a Texas Paddle masquerade also performed at the site with the DJ, Mr. Joe Pokawa playing some most popular traditional Sierra Leone songs. The community marked the anniversary with a soccer match between Sierra Stars soccer club in Dallas versus the all Africans united club, with Sierra Stars dominating the game by 4 goals to 0ne.

As the 58th independence jubilee continued into the evening, on the same day on April 27th, the Sierra Stars soccer club conducted a beauty pageant show at Pastor Simpson’s event hall in Garland. According to the leader of Sierra Stars Soccer organization Mr. Patrick Dangawalli, the beauty pageant show jubilee featured intensive preparations and unofficial ceremonies to put into contest seven contestants of women and teenage girls symbolically, to attract hundreds of people in the event.

Earlier in the picnic park, the president of ASLOT, Mr. Reuben Ndomahina who is also the of head of other organization leaders, informed attendees about the importance of celebration stating that the Independence Day celebration is a commemoration and a construction of a collective memory that should play a constitutive role in the continuous definition and redefinition of our national identity. Mr. Ndomahina went on to say that, the need to come together to celebrate is a symbolic dimension of nation‐building.  He advised the community to put aside patrician politics and set forth this day to come together and celebrate. Some of the stakeholders

The Association of Sierra Leonean Organization (ASLOT) is preparing to assemble the community once again in July, this time to recognize graduates from High schools, colleges, and other institutions for their excellent works.