In his introduction of Mr Mohamed L Bah as President Elect, the Secretary-General, Alieu Dausy Wurie, gave the following speech at the event:

First of all, I want to offer my praise and thanks God Almighty for giving us life and good health and for making it possible for us to be here today to celebrate a tradition of the FPU, the coming of the New Year and at the same time supporting the Fullah Progressive Union. I want to take this opportunity to also thank and welcome each and every one of you for coming here tonight to patronize the FPU and most of all; I want to wish you all a very happy and prosperous New Year.

My assignment tonight is to introduce a young, dynamic and progressive individual who will take on the mantle of leadership for the FPU for the next two years and beyond. Mr. Mohamed L. Bah, the President Elect for the FPU is no stranger to the African and Sierra Leonean community here in the Greater Washington, DC Metropolitan Area. He is great humanitarian and along with his wife, is known to have supported many other ethnic, alumni and associated groups in the metro area.

Mr. Bah emigrated to the United States of America in 1995. From his humble beginnings as a restaurant help at Pizza Hut, to being a Gas Station attendant and as an Ice cream vendor, Mr. Bah was able to successfully develop and sustain a business which is now a household name amongst many individuals in the West African and Sierra Leone community in the metro area, Medsatu Forex, Inc.

Mr. Bah, along with his wife officially launched Medsatu, Inc., a money transfer enterprise in January 2000 for the purpose of helping the community that is generous to lending a supporting hand to our families and friends with food and financial support back home in Africa. However, Mr. Bah, President and Chief Operating Officer of Medsatu started out his operation as a door to door service as far back as July, 1997. As a matter of fact I still remember him coming to my house in those early years of providing his service for the purpose of collecting monies he had already transmitted to Sierra Leone. Today, his services have extended beyond the borders of Sierra Leone to The Gambia, Guinea, Ivory Coast, Senegal and Liberia.

Over the years, Mr. Bah has been a very active participating member of the FPU. He was recruited into the organization by the Late Attorney Mohamed Sadu Bah, and I ask for the observation of a moment of silence for Lawyer Bah who passed away exactly a year ago today, and for all fallen heroes of the FPU such as Kortor Ibrahim Bah, Kortor Abdul Rahman Bah and Kortor Gandor Jalloh and all others… May their souls rest in perfect peace!

Recognizing his talent as a leader and dedicated member, Mr. Bah has previously served the FPU as Youth Leader and most recently as Public Relations Officer (PRO).

Our FPU’s next President is actively involved and engaged in the Sierra Leone Community. He as served as President of the Kamakwie Descendants Association. He is a member of the Lunsar Descendants Association and has recently become a member of the Kono Union organization and was a member of the Sierra Leone Ambassador to the United States 50th independence anniversary celebration committee. Last but not least, Mr. Bah is actively promoting Sierra Leonean musical artists. He has been involved in promoting artists such as Emerson, K Man, Manzu avec CBolt and many others here in the United States.

Mr. Bah is married to Mrs Isatu Bah. They have been married for over 12 years and they have three children; Ms. Jemelatu Bah, Master Alpha Amadu Bah and Ms. Kadijatu Bah.

The FPU is blessed to have elected Mr. Bah. He was elected unopposed. His ascendancy to the Presidency reminds me of that old Creole proverb “Wata way nar for you e nor go run pass you” You see, Mr. Bah ran unsuccessfully for the Presidency of the FPU in December 2005.

At this juncture in the history of the organization, I believe Mr. Bah is the right individual for this job. We do believe that he has the necessary skills, personality, and dedication, shares the ideals of the FPU, its mission, goals and objectives, as well as the love for the progress of the organization. He knows the trials and tribulations confronting the organization and he is equipped with the ideas to propel the organization to a higher level, and with the full and total support, and cooperation from all the members, he will be very successful as President and probably go down as one of the most successful FPU Presidents.

In nominating him for President, Mrs, Fatmata Dausy Wurie referred to Mr. Bah is a “Presidential Hygienist”.

Ladies and Gentlemen, I now present to you Mr. Mohamed L. Bah, the next President of the Great, and the Mighty Fullah Progressive Union.

Attributes of an awful culture… Ho... 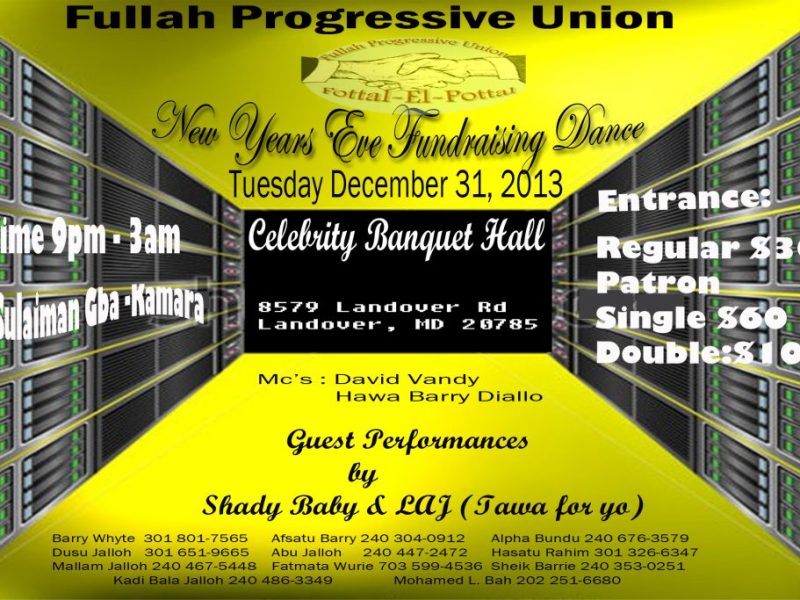 CELEBRATE THE NEW YEAR WITH THE FPU 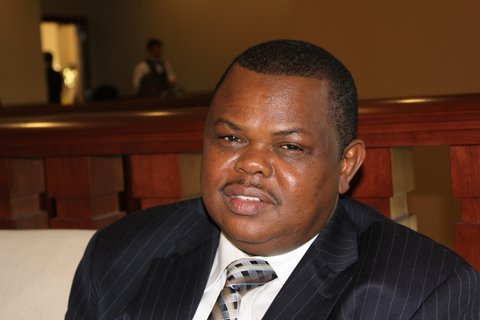