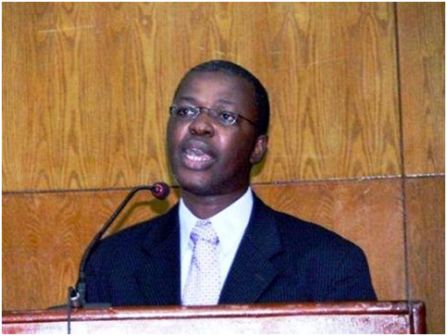 Evidence of its annual Global Corruption Barometer that shows Sierra Leone is the most corrupt country where 84 percent of people questioned say they had paid a bribe to access public services and institutions doesn’t bode well for the current President Ernest Koroma’s administration and its citizens.

The unfavorable rating has forced the government to issue its disagreement of the report through its Office of Government Spokesman in the Ministry of Information and Communications categorizing the poll result “as not being statistically representative” and that  “the distribution of the sample population, and the sample frame used remain inadequate.”

The Transparency International (TI) Global Corruption Barometer 2013 surveyed 114,000 people in 107 countries and it shows corruption is widespread. Can you explain to us about the Barometer and methodology used to conduct it?

Since 2003, Transparency International (TI) has been conducting a bi-annual survey tracking public opinion on corruption. The Global Corruption Barometer is by far the largest cross-country survey to collect the general public’s views on and experiences of corruption. The Barometer seeks to address people’s direct experiences with bribery across eight different services and their views on corruption. In addition, the Barometer explores the general public’s views about corruption levels in their country, government’s efforts to fight corruption and provides insights into how willing and ready people are to act to stop corruption.

It should not be confused with other TI tools such as the annual Corruption Perception Index (CPI) which ranks countries and territories based on how corrupt their public sector is perceived to be and the Bribe Payers Index which evaluates the supply side of corruption – the likelihood of firms from the world’s industrialized countries to bribe abroad..

Approximately 1,000 people from each of 107 countries were surveyed. 500 people were surveyed in countries with a population of less than 1,000,000. The survey sample in each country has been weighted to be nationally representative where possible.

The 2013 Global Corruption Barometer was carried out on behalf of TI by the survey company WIN/GIA global network of survey companies. Fieldwork was conducted between September 2012 and March 2013. In Sierra Leone, survey was conducted by Risk Mitigation and Solution Africa (RMS Africa), a management consulting firm, and they indicated that they had face to face interviews with 1028 people nationally.

How did Sierra Leone fare in the barometer?

The Sierra Leone results were very interesting. Notwithstanding the headline grabbing:  84% of people paid a bribe in Sierra Leone  there were other highlights  90% and 82% of respondents reported paying a bribe to the police and judiciary respectively. 62% for education services; 70% for land services and 61% for tax.

41% of respondents felt that political parties were corrupt/extremely corrupt; 53% of respondents said parliament was corrupt/extremely corrupt; 33% said the same for the military; 47% for the media; 18% for religious bodies; 64% for education officials; 74% for the judiciary; 55% for health and medical services and 42% for civil and public servants.

What we also see is that the business sector fares “less bad” than state run sectors. This begs the question as to why that is. Closer attention must be paid to processes and practices within public administration.

The table below swiftly summarizes the stated reasons for paying a bribe in Sierra Leone, and 1 out 2 respondents says it did so, to speed things up and 1 out of 10 that is was the only way to obtain service.

It is also interesting to note that 51% of the respondent thought the government’s fight against corruption was effective.

Is it true that no one has been convicted for bribery in Sierra Leone?

This is not true. Most people look at the Anti-Corruption Act and look for the word ‘bribery’. When they do not see the word they even erroneously draw the conclusion that it is not an offence under the laws of Sierra Leone. The Act talks about offering, soliciting and accepting ‘an advantage’. It gives a long an elaborate definition of an ‘advantage’ as including a gift, fee, reward, discount, office, offer etc. It entails much more than money.

Off the top of my head, I can also recall the case Joe M. Seiwoh – Procurement specialist at the Ministry of Defence and Major Idriss Sankoh Kamara – RSLAF (MOD) Abuse of office both charge with using office for advantage and abude of office. There was also the case of the Justice of the Peace – Decker – who sat as a magistrate.

Does the Anti-Corruption Act 2008 take into consideration our customs and traditions?

Section 51 of the Anti-Corruption Act 2008 deals with the question of gifts. It provides that a public officer who solicits or accepts any gift, fee or personal benefit from any person as an inducement or reward for anything done or omitted to be done by him in the performance of his duties commits an offence. However, this provision does not apply to a gift or personal benefit that is received as an incident of the protocol or social obligations that normally accompany the responsibilities of office. This clearly addresses customary gifts. The law provides that where a gift or personal benefit exceeds Le 500,000 (Five Hundred Thousand Leones) in value or where the total value received directly or indirectly from one source in any twelve month period exceeds Le 500,000  it should be reported the Anti-Corruption Commission and declared in the asset declaration.

Minister of Information and Communication, Mr. Alpha Kanu has disclosed that the TI Global Corruption Barometer as invalid and unreliable. What are your thoughts on this?

Corruption is hard to study empirically. It is difficult to criticize the barometer without finding out more details about the questionnaire, the sampling methods, the survey procedure and other details, and to compare how the survey was conducted, to see if there was any systemic bias. Without these details we will merely be speculating as to whether they simply sat down at Mamba Point or Country Lodge to do the survey. Unlike the corruption perception index, the Barometer is not about perception but about experiences. Studies have shown that “the ‘distance’ between opinions and experiences varies haphazardly from country to country”.

However, this is largely theoretical. Even our own locally sponsored reports show that corruption remains pervasive in our society. It is important that we do not remain in a state of denial but try to combat the problem. It is great that a significant number of people interviewed in the survey are keen to help fight and are willing to report corruption. These are huge positives which we must take advantage of and strengthen our public education and prevention efforts. Prosecution should not be the only approach to combating corruption.

Are there any lessons learned from the recent released TI poll?

Globally, the Barometer shows that more than one person in two thinks corruption has worsened in the last two years; nearly 9 out of 10 people surveyed said they would act against corruption and two-thirds of those who were asked to pay a bribe had refused, suggesting that governments, civil society and the business sector need to do more to engage people in thwarting corruption. Its key recommendations include giving people the tools and protections to fight against corruption and making integrity and trust the founding principles of public institutions and services. Implementing these recommendations should be crucial and should complement the strong legislation we already have.

As mentioned earlier, unfortunately corruption is gaining ground, not only in Sierra Leone, but in the region in general. We need to find alternative ways to fight corruption. Perception and experience studies, and sometimes the discrepancies between the two are one of the ways for OSIWA’S economic governance programme to assess the level of understanding that populations have of what constitutes corruption, in order to better tailor our support.

In this sense, the use of new technologies to track state expenditures, anonymously report on payment of bribes, share information about citizen’s entitlement to basic services such as health and education, publishing state budgets and expected use, establishing formal payment methods for public services for traceability, are all ideas that OSIWA looks to support in a push for increased transparency, state efficiency and ultimately improving the conditions of west Africans.

While beneficial, the complexity of the fight against corruption is however not fully captured in such report, because to tackle corruption, means that one understands why it exists, and how it works. OSIWA works with governments as well as civil society to address the issue of corruption at the highest levels of state management, particularly pertaining to grand corruption in the management of natural resources or procurement practices. We try to do so by working closely with Anti-corruption bodies, as well as citizen groups, and more and more the private sector to establish credible and viable oversight mechanisms.

We are however extremely encouraged by the finding in the study which highlights that 8 out of 10 respondents agree that ordinary people can make a difference in the fight against corruption, and we will continue to support this constructive engagement of citizens in the management of state affairs for a positive change. 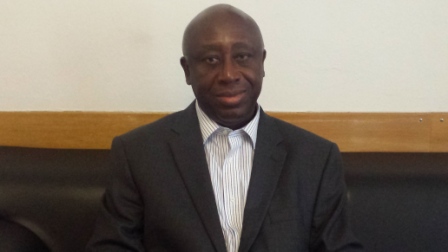