Woman Timap a gender based organization has accredited goodwill ambassadors from the United Kingdom and the Federal Republic of Nigeria respectively.  Spouse of the permanent secretary in the Ministry of Agriculture, Mrs. Aminata Kargbo and her friend pastor Mrs. Kumba Browne, both from London will serve as goodwill ambassadors in the U.K.  While a female staff of the Nigeria High Commission to Sierra Leone will represent Woman Timap in Nigeria.

Deputy Mayor of the Freetown Municipality who also doubles as President of Woman Timap Organization, Councilor Mary Hannah Jaiah pointed that her organization is non-political, non-ethnical and caters for women of social and religious diversity.  The president reminisced on the sufferings faced by women folks during the war and their roles in the restoration of peace.

Councilor Jaiah applauded Nigerians and their big brotherly role in the eleven years civil war. She extolled the newly commissioned goodwill ambassador and encouraged them to propagate the objectives of Woman Timap in their respective countries and continue to be focus in order to achieve the set forth objectives.

She concluded by naming other distinguished personalities that have expressed interest in becoming part of Woman Timap and these includes the Attorney General and Minister of Justice, Mr. Franklyn Kargbo , the Minister of Mines and Mineral Resources, Minkailu Mansaray and the Minister of Works and Technical Maintenance , Alimamy Petito Koroma.

The newly commissioned goodwill ambassadors made generous cash donations and the frenzy of traditional music and dance climaxed the event. 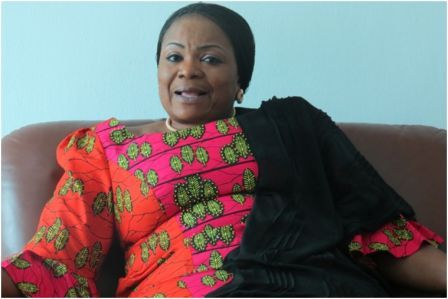