Popular Sierra Leonean youth advocate and leader brought his dose of inspiration and frank talk to the highest halls of power yesterday, when he addressed a high level UN gathering 25th September 2012 at the United Nations. The event, dubbed “Towards 2015: Open dialogue with the high level panel on the post 2015 development agenda,” was organized by the Japanese government and chaired by that country’s foreign minister.  (Photo: Chernor Bah, Sierra Leone Youth Advocate and Leader)

Chernor was invited to deliver a statement on the expectation of the global youth for the anticipated new global development agenda. In a four minute speech, punctuated rather unusually for such a high level event by several interruptions of energetic applause, Chernor recalled growing up in Sierra Leone when the original MDGs were agreed and announced as the framework for the world’s new development agenda. The charismatic youth leader said the MDGs almost “coincided with the end of our war and we were thrilled that the world was coming together to work towards achieving a tangible goal. We were excited as young people and believed that finally, the world leaders were promising us a bright future, based on concrete goals,” Chernor said.

Unfortunately, he continued, over a decade later many in his country and around the world still go to bed hungry, die of HIV/AIDS, pregnancy remains a death sentence, being born a girl is a disadvantage, the environment is still in even greater danger, education remains a dream for 61 million in the world who are out of school and the promised partnership has not been achieved.  In his words, which solicited another round of applause from the crowd, “this is simply not good enough”.

While acknowledging that progress had been made, Chernor charged the audience that for the world’s youth,  “the promise remains unfulfilled for too many, the hopes seem false.” He related the record of global leaders to a school report card and said that if he achieved less than fifty percent as is the case with some of the MDGs for sub-Saharan Africa, it would be a failure.  He called on world leaders to keep their promises, because as he put it, the numbers and statistics that are referred to are “the people I grew up with, and that I meet and consult with in my work.  They deserve better, especially in this day”.

The event featured other speakers from the high level panel on the post 2015 Development Agenda, appointed by UN Secretary General, Ban Ki Moon. Among the other speakers was Helen Clark, Administrator of UNDP and Mr Heikki Holmas, Minister of International Development of Norway.

Chernor Bah, commonly called Ceebah, was recently appointed by Mr Ban Ki Moon to serve on his high level steering committee for his Education First Initiative. He will be addressing the launch of that initiative today at the UN general assembly.

Begging votes from an unsuspecting... 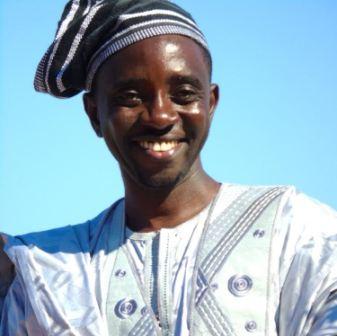 Parliament Appreciates The Selection Of...