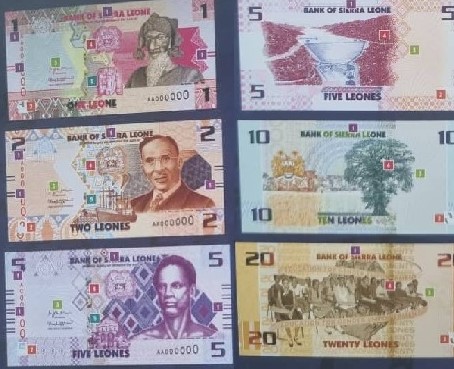 With the current shortage of the Leone in banking institutions, the Governor of the Central Bank, Kelfala Kallon, has again introduced another failed policy, this time, to get the commercial banks to encourage their customers to embark on transfers from one account to the other, so as to reduce the amount of cash flow in the country.

Whilst this system works well in the developed countries, the Bank Governor failed to realize that many people do not have accounts in banks, and would rather prefer raw cash than transfers. Even those with accounts in the banks prefer to do business with cash than through transfers. According to sources at the commercial banks, the governor is said to have admonished officials of the respective commercial banks to encourage their customers to do bank transfers rather than use cash in their financial transactions.

Unfortunately, though it is the intention to encourage a cashless society, little has been done to sensitize people about this system. To make matters worse is the fact that most often bank transactions done via ATM and other transfers have had its own challenges, as there has often been problems with the servers and the system is often said to be down. This has been the reason why so many still frequent the banking halls to withdraw cash. Some concerns raised by some citizens is that in the event that they are in the process of paying for goods and services, then the system is down, it will mean that their credibility will be affected, as their business partner may assume that they do not have the cash to continue the transaction. Further, if the business transaction is such that fast cash is needed and the system is down, the customer loses the business to the one who pays in cash.

Whilst some bank officials are of the view that the introduction of a cashless society is good for the country, yet they maintained that it should not be done in haste. Their customers have to be familiar with the system and practice, which will obviously have to take time. They should not be forced to embrace the system, as it will be counter-productive. They maintained that most of their customers depend on the banks to keep their monies for later use, and in the event they are unable to access it, they will find ways to withdraw all their cash and keep them in safes or put them in real estate, thereby depriving the banks of the cash and the profit they should be making from commissions and turn-over.

With the current depreciation of the Leone against the dollar, which is the usual rate used in business transactions, many customers who buy and sell dollars through the black market system, find it very difficult to accept the bank rates that would be given for many transactions. Whilst this system may be good for the corporate institutions, it is not currently feasible for the ordinary businessman and woman who does transactions daily and often depend on the outcome of such transactions for their livelihood.

Many Sierra Leoneans are of the view that the Bank Governor has run out of ideas to bring stability to the Leone, and is simply trying to introduce western ideas into the system that have not been tested. They maintained that his textbook ideas do not fit with the reality on the ground. Some are of the view that with the amount of conmen across the country, there is the possibility of their accounts being tampered with, as well as fake transfers done. As things stand there does not seem to much trust in the Bank Governor’s policies, as most of them have yielded negative results. They maintained that all the policies to revamp the Leone have all been futile, instead of appreciating, the Leone continues to depreciate at breakneck speed.

What is going to be the next resort of many customers will be to withdraw their cash from the bank and put them in their mobile phones, which they can access at anytime. Some residents say that since some of then do business in the provinces access to their money is guaranteed with their mobile money accounts, as there are agents of the various mobile companies across the country from where they could easily access their money and do payments. They maintained that doing business in the border regions entails changing the Leone into dollars or the currency of the neighboring countries, which is made easier when they have cash at hand. Economic analysts say that if the new policy of the central bank continues, it will deprive commercial banks of the profit they will make, as their customers will be removing their cash from the banks.

Three Lebanese Nationals on the Ru...