SLP uses incitement excuse to clamp down on free speech 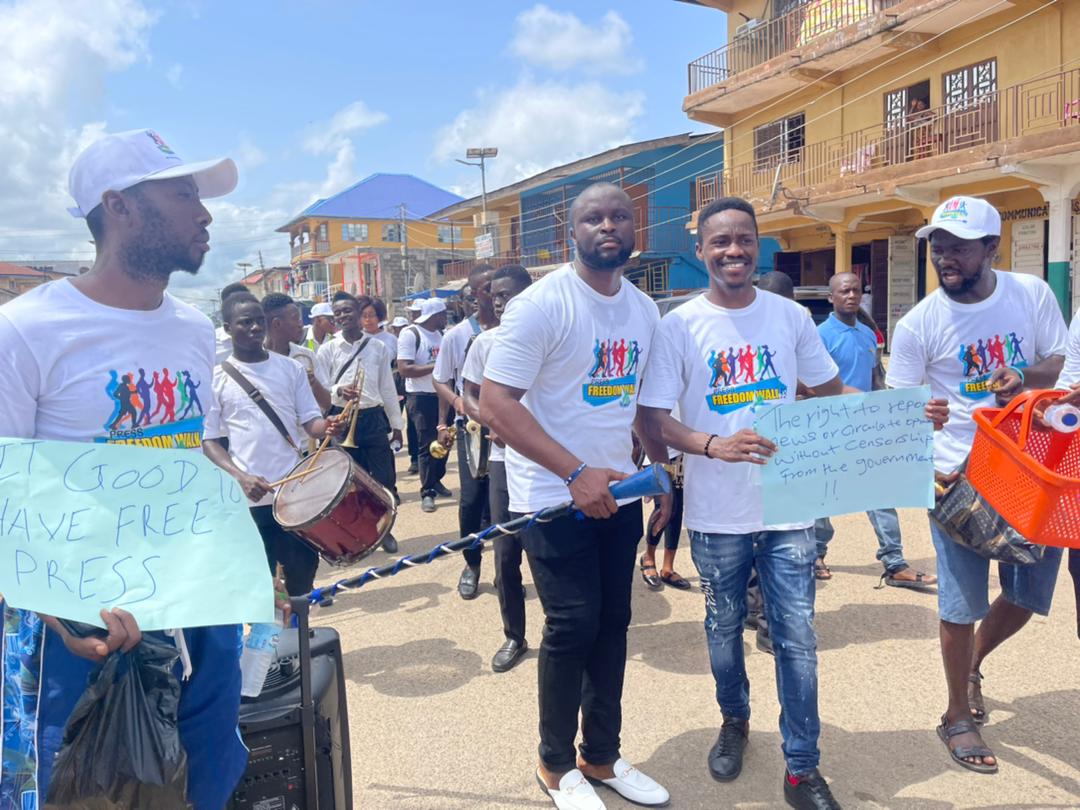 SLP uses incitement excuse to clamp down on free speech

The Sierra Leone Association of Journalists (SLAJ) has accused the Sierra Leone Police (SLP) of using the vague offence of incitement to clamp down on free speech, a state of affairs which worries the association.

This was made public in a statement by the association’s president Ahmed Sahid Nasralla on the observance of World Press Freedom Day 2022, on 3rd May 2022.

“SLP now seems to be using the vague offence of incitement as an excuse to clamp down on free speech and we are worried that the SLP is overreacting to dissenting views expressed by people.

When in 2021, one year after the repeal, and on the occasion of our Golden Jubilee celebration, we recognized His Excellency President Julius Maada Bio as Champion of Free Speech, we did so for good reason and we reminded him that the title carried immense responsibilities. Freedom of the press is freedom of expression for all citizens, not just journalists,” the statement said.

It further called on President Bio to ensure that the fundamental rights of everyone, including those opposed to his government, are respected and protected.

The SLAJ President further noted that as President Bio prepares to deliver his address at the State Opening of the 5th Parliament, SLAJ looks forward to hearing his (President Bio) strong commitment to providing greater protection of freedom of expression for not only the media and journalists but also the general public.

In the area of threats to free media and free speech, Nasralla highlighted the emerging threats which have the potential to reverse all the gains we made since the repeal of the Criminal Libel Law.

They include; harassment, intimidation, and detention of journalists which he says have started happening all over again, including in the digital space, and especially from the Sierra Leone Police.

“At the close of 2021, a popular Sierra Leone rapper unleashed a scathing video against the personality of the Station Manager of Radio Democracy 98.1FM, simply because the station reported the issuing of a bench warrant for him in a court matter.  A journalist working for the Government of Sierra Leone, Abdul Fonti Kabia, was widely reported dead on social media in an attempt to intimidate him.

The SLP assaulted and detained AYV Media photojournalist, Ransford Wright, when he attempted to cross-check certain information with the Police. President of the Sierra Leone Reporters Union and Head of Digital Media at the AYV Media, Amadu Lamrana Bah, suffered humiliation and almost missed his flight to the AFCON 2021 in Cameroon after flight officials at the Freetown International Airport attempted to drop him allegedly on orders from above for a critical sports update on his Facebook page,” the statement highlighted.

Most strikingly was the recent apparent assassination attempt on journalist, Gibril Gottor and his family in Kambia town, Northern Sierra Leone an incident which has left the investigative journalist in fear for his life.

“A free press goes beyond the arrest and detention of journalists but to the political economy of the media; for example, the unfair distribution of Government advertisements and non-payment for such. But we are not just concerned about threats to free expression for journalists, SLAJ is also worried about the arrest of other citizens, including dissenting teachers and mentally challenged people for freely expressing themselves, as well as the suppression of peaceful protests and certain popular cultural activities.”

On the status of press freedom in the country Nasralla said that since the historic repeal of the Criminal and Seditious Libel Law in 2020, Sierra Leone has made commendable progress in the area of freedom of the press.

No journalist he says has been put in jail in relation to the practice of journalism and no media house has been closed down for what they print or broadcast, except Justice FM which was days ago banned by the IMC for 10 hours for alleged ‘un-radio-like language’ and ‘threatening remarks…’.

He further confirmed that the incidents of arrest and detention of journalists by the Sierra Leone Police (SLP) on orders from above or on orders from influential people have reduced considerably since 2020.

“In the World Press Freedom Index 2022, Sierra Leone moved 29 places higher from 75h position to 46th out of 180 countries due largely to the repeal of the Criminal Libel Law, the passing of the IMC Act 2020 as one big step toward addressing minimum conditions of service of journalists and other media workers, and media pluralism in the country.

And for the first time in the 22 years’ history of the Independent Media Commission (IMC -the statutory body that regulates the media and which was established to support the media’s move toward self-regulation), His Excellency President Julius Maada Bio approved all 7 persons nominated by SLAJ, including the Chairman, to serve in the new IMC Board of 12 professional members.”

The Association Nasralla said with support from the European Union Sierra Leone, will mark this year’s World Press Freedom Day with a PRESS FREEDOM WALK (WPD) 2022 under the theme: ‘Protect, Promote & Expand the Space’ to reflect upon the historic repeal of the criminal libel law in 2020, a milestone which set a positive dynamic and an enabling framework for the protection and promotion of freedom of opinion and expression, including press freedom, and the civic space in Sierra Leone.

Meanwhile, Nasralla notes that SLAJ has received many complaints of alleged reckless practice by certain media houses across the country and therefore used the opportunity to remind colleagues, and all media houses, that media freedom is important to be used responsibly.

“Journalism is a privilege, a service to society, not to be wielded irresponsibly, never to be misused. This too is a priority for SLAJ, and we will continue to initiate more training programs to continue to build the capacity of our practitioners,” he said. 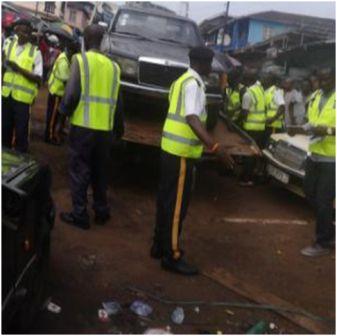