In Sierra Leone: Economic hardship on the rise! 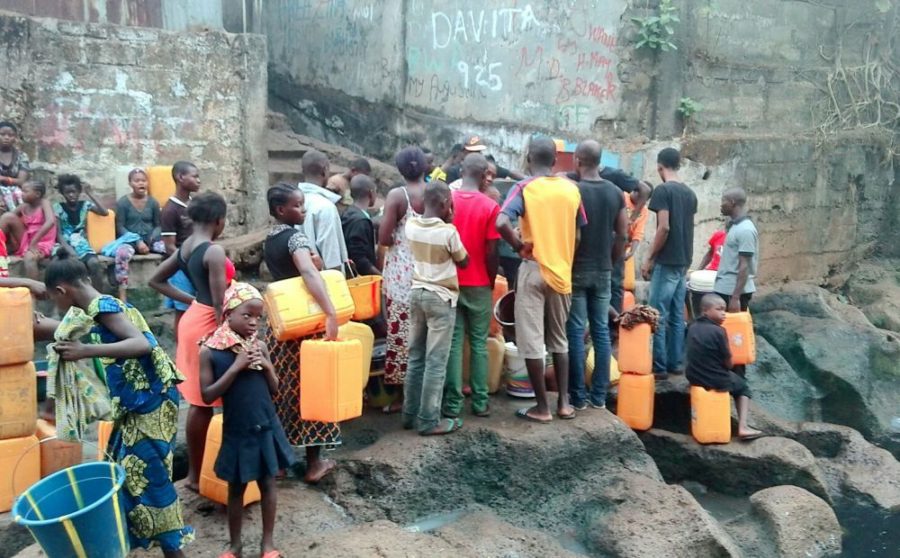 In Sierra Leone: Economic hardship on the rise!

We are concerned and worried about the rising tide of economic hardship in the country with soaring prices of basic commodities by the day.

While the price of petroleum products has witnessed a steady increment in recent times with ripple effects on public transportation and the cost of local products, the price of rice, the staple food, has also progressively hiked. This is coupled with an unprecedented rise in the prices of building materials, with a direct impact on housing.

The unrelenting depreciation of the local currency to the dollar and the pound Sterling has exploding effects on imported food stuff and non-food items, resulting in a harsh reality of life.

To make matters worse, basic utilities mainly water and electricity supply remain a nightmare in the capital city and all major cities and towns in the provinces. In fact, a majority of people in the provinces do not have access to portable water, while taps in Freetown only run during the rainy season. The proliferation of sub-standard small scale water-producing companies reflects the magnitude of the escalating water scarcity conundrum facing the populace. The poor quality of contaminated water produced by these companies has led to the wide-spread outbreak of typhoid malaria which can result in death.

Instead of stemming the tide, the Government finds pleasure in embarking on tribal and regional intimidation and political vendetta witnessed in the massive termination of the services of people who worked in the previous administration and replace them in two-fold with their own followers and supporters regardless of competency and or qualification. This has adverse effects on the families of the victims which add to the scale of economic hardship.

Youth unemployment remains a thorn in the flesh of our fledgling economy, providing the breeding ground for violence and insecurity to thrive. The continuous delay in paying salaries in many MDAs as a result of an unprecedented bloated wage bill and scarcity of liquidity throw spanners at the much-trumpeted revenue mobilization drive and closure of leakages.

Indeed, there is a general feeling of public dissatisfaction and suffering hanging like a dark cloud over the lives and destiny of Sierra Leoneans which need to be addressed now. The masses are suffering and poverty written in the frustrated faces of our people. They are disappointed that the New Direction is not the right direction that brings improvement in the welfare of the populace. There is hardship all over the place.

We are urging the powers that be to redouble their efforts and deliver the goodies for the general good.