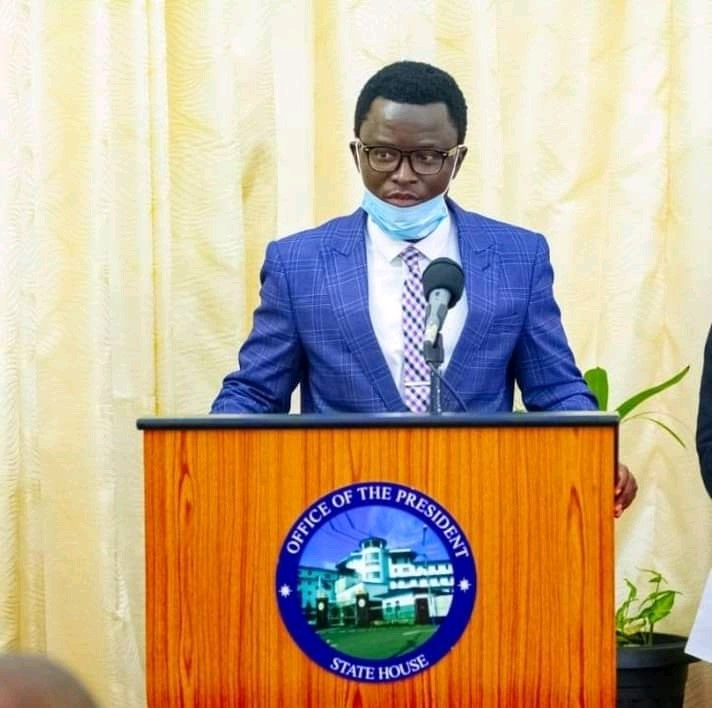 Observing that some of the causes of the civil war are still evident the Deputy Chairperson of the Human Rights Commission in Sierra Leone (HRCSL), Victor Idrissa Lansana, has urged government, political parties, development partners, Civil Society Organizations and the general public to work together to prevent a recurrence of war and any other forms of violence that would destabilize the nation.  (Photo: Victor Idrissa Lansana: Human Rights Chief)

The Human Rights Chief made this statement on Tuesday, March 23, 2021 at their headquarters in Freetown, while commemorating the eleven years rebel war which started on March 23, 1991 in Bomaru Town, Kailahun District.

He said among the things that led to the eleven years rebel war are greed, corruption and nepotism, a challenged judicial system, unemployment, weak national institutions and the lack of access to key social services by majority of citizens.

Dilating on how the war started, he recalled March 23, 1991, when rebels from Liberia led by Retired Corporal Foday Saybana Sankoh, attacked the Border village of Bomaru in Eastern Sierra Leone.

Mr Lansana recalled that the war lasted for about 11 years causing wanton destruction and gross violation of human rights.

“People were maimed and an estimated 50,000 people were killed. During this period, gross human rights violations were recorded including the right to life, the right to health, and the right to education. All these were in violation of our national, regional and international human rights laws, displacing large portion of the population whilst others fled to the neighbouring countries of Liberia, Guinea and other parts of the world,” he said.

He referred to that period as “the darkest moment in the history of the country” as it experienced a battered socio-economic system, destruction of life and property which worsened the already existing poverty level of the country.

“The TRC was mandated to deliberate on the question of whether the violations and abuses committed were deliberately planned by individuals or institutions. The TRC made an imperative recommendation, amongst others, the establishment of a National Human Rights Institution that will be mandated to serve as a watch–dog and a visible route through which people can seek redress.  This was a means to forestall any recurrence of what led to the war in Sierra Leone,” he stated.

In furtherance to its recommendations, he added that the TRC also requested that the State put in place procedures and mechanisms within the relevant government ministries to ensure that any petitions directed against it to the Human Rights Commission, the African Commission on Human and Peoples’ Rights, and similar bodies, are answered promptly and faithfully.