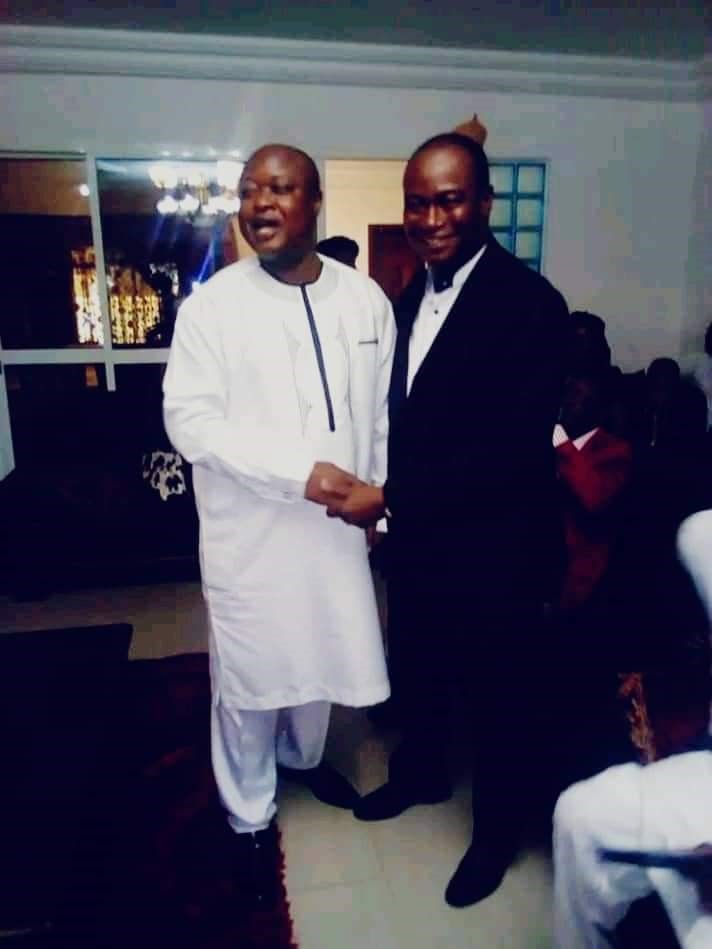 Senior and heavyweight members of the main opposition All Peoples Congress (APC) party have unanimously come together and united in support of their candidate, Kadijatu Davies ahead of the Saturday 12th December 2020 re-run parliamentary election in the Western Rural of Freetown.

All senior members of the APC have endorsed and engaged residents of constituency 110 to vote Kadijatu Davies as the best to represent them in the well of parliament.

In his statement to the people of Constituency 110, Dr. Samura Matthew Wilson Kamara called on residents in the constituency to overwhelmingly vote for his APC colleague as the ruling government has deprived the constituents for close to 3 years without parliamentary representative. He added that Hon. Kadijatu Davies won the 2018 election in grand style but a high court ruling ordered for a re-run which she won again but was disrupted by senior members of the SLPP government. He went on to say that this is the third and final time and the people must not relent to come out and vote for Kadie Davies.

Former Vice President, Chief Alhaji Samuel Sam Sumana cautioned the people of Constituency 110 not to fall for the SLPP propaganda that they provide for the people of the constituency micro credit if they vote for their candidate, Josephine Jackson. He called on them to overwhelmingly vote Kadijatu Davies for proper representation.

Western Regional Acting Chairman, Hon. Chernor Ramadan Maju Bah said the people of constituency 110 should again come out in their numbers to vote for Hon. Kadie Davies of the APC as she has been unfairly treated by the government of president Julius Maada Bio.

Honorable Bah clearly put modalities in place to see each day of our campaign calendar is thoroughly utilized as per  community (communities) with a door to door outreach, as if that was not enough, the honorable made an on the spot check in all the communities that are within the constituency to envisage the level of massage made for the awaited win (i.e. York, Kent, Tokeh etc.), and to a large extent he was very impressed with his teams on the ground and the work done so far, this is leadership with example, and these are the type of comrades with whom power should be entrusted to, I can see the reason Hon. Chericoco horribly took an excuse from the ECOWAS mission team in Ghana, the man of the people could not have received such praises if his foot soldiers were not ok or ready, and the foot soldiers did what they did  because of the support from their boss and that could not have been met if there are no resources and that makes the honorable more powerful, a man who has the mind to sacrifice for his party is worth entrusted leadership and leadership comes from God as he always believe, all and sundry in the comradeship are appreciated for such a relentless effort in fighting the same course as we look forward to dance for our victory, Jonah of APC stated.

In his brief statement he emphasized on how important voters to go and vote on the day of polling, the microcredit promised to them by SLPP are fake and a big lie.

“Hon. Kadie Davies is treated this way because of her gender, and the people of constituency 110 are deprived of a representative for almost three years now and people should be decisive this time around because they are not happy with such treatment”. Chericoco stated.

Constituency 110 should send a signal for the burial of SLPP come 2023 as SLPP don’t deserve the people’s vote. And the only party to develop Sierra Leone is APC ended by Hon. Chericoco.