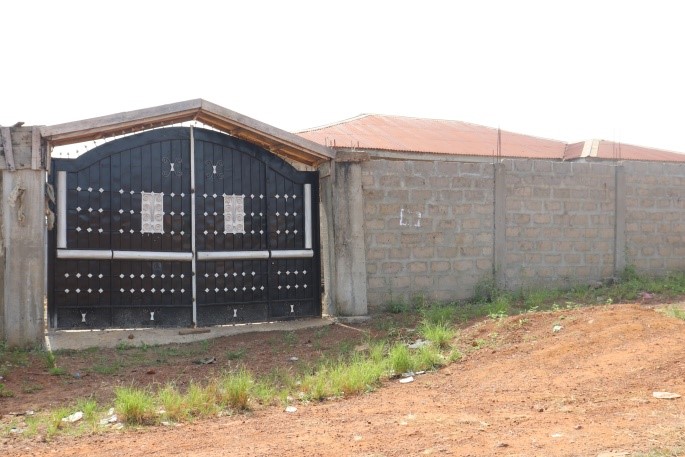 The rate of land grabbing has become alarming in the country to an extent that if measures are not put in place violence will continue to be the order of the day.

This ugly scene prompted resident of Lower Sima Town Rokel to call on the government of Sierra Leone through the Ministry of Lands, Housing and Country Planning to intervene in order to save lives.

Patrick Massiquoi representing Mamud Barrie is one of the victims. He alleged that the fight to grab his friend’s one-acre land started about 5 years ago with one KadiaConteh and Abu Bakarr on the frontline.

Massaquoi displayed document for the said land which he said are the correct ones alleging that Abu is claiming that Kadia gave him the land.

Mamud Barrie’s caretaker was reported harassed and his property was evicted under rain.

Massaquoi alleged KadiaConteh and Abu Bakarr are claiming to own 83 acres of lands which is the entire Lower Sima Town.

He spoke about the constant stress they are facing, most of the doors were sealed, some were broken and properties destroyed.

The determination of Massaquoi and most of the other community land owners is very strong.

“We will not leave this place like that. The fight against corruption is what the government is talking about. We want the government to step in and for them to show their documentation. We will not negotiate until we know the rightful owner.”

Alusine Cole, Co beneficiary to the 7acre estate of the late Pa BashaKoroma explained the matter between the Conteh and Kargbo families and how ruling had gone in favor of the Conteh family.

He said the alleged grabbers are conniving with the LUC of Waterloo Police Musa Baudabia, Amza, Heavy Dee and Bigger.

MhomadeJalloh said the harassment started in August when student were taking public exams. He alleged that the perpetrators are using their Lawyer JK Lansana who is believed to be a strong supporter of the ruling party.

The community is asking for presentation of documents and for the government to conduct survey of the lands as a means of saving lives.

More on this in subsequent edition as we try to reach the LUC to comment on the allegations.

As He Embarks On Reconciliation Me...