Sierra Leone Office of the Ombudsman Assesses Complaint against Tonitel 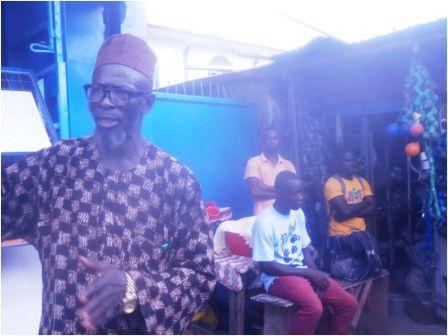 Sierra Leone Office of the Ombudsman Assesses Complaint against Tonitel

The Office of the Ombudsman of the Republic of Sierra Leone at 26 Charlotte Street, Freetown Sierra Leone has received and assessed complaint against a Lebanese business magnet, Tonitel Tonisco of Ecowas and Siaka Stevens Streets.

After a thorough assessment of your complaint, the letter continued they are sorry to inform him that they could not proceed with investigation into your allegations because the Police have right to grant bail to suspect as long as the offence is a bailable one.  The letter concluded that the Ombudsman cannot interfere with such directions.

It could be recalled that sometimes in December last year, a Lebanese businessman, Tonitel Tonisco influenced two mad couple, Blacker and his female counterpart with substandard food with a meagre amount of money which could not take them anywhere with the command to have sex along Ecowas Street in front of Tonitel shop.

Tonitel was arrested after lot of report and media hype at Central Police Division but he was quickly released by the Police with the conviction that, the matter could only be charged to court if either the Police Doctor or a psychiatrist proved that indeed Blacker is a mad man.

But everyone in Freetown shocked to receive such response from the Sierra Leone Police for the fact that Blacker is known to be an insane man so how could someone track him conveniently to the Family Support Unity (FSU) without the intervention of the Police who supposed to protect our lives and properties.