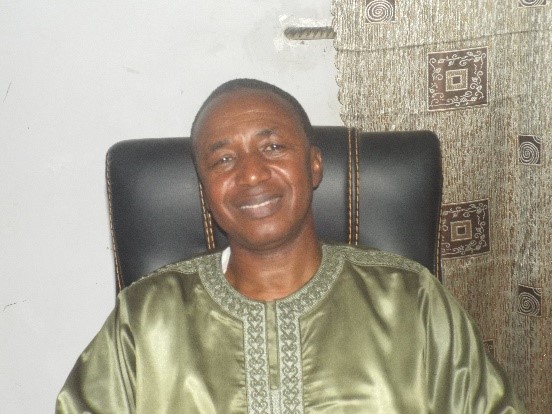 The Executive body of the Sierra Leone Importers Association (SLIA) has condemned the action of Alhaji Wurie Sow for declaring himself as the current President of the association without going through the due processes.

Quite recently, Alhaji Wurie Sow spread out a press release in both electronics and print media, purporting that the executive President of the Association, Alhaji Tanue Jalloh (in photo)  is no more the President and any matter concerning the operation of the association should pass through him without holding an election to elect new executive, which is the dream of President Tanue Jalloh.

According to investigation, the self-crowned President who is not even recognized by the general membership of the association which comprises all importers in the country, large corporations, medium and small businesses of all nationalities was expelled from the organization for not paying his yearly contributions and failing to attends meeting for over five years.

Findings further revealed that Alhaji Wurie Sow is not even a registered member of the Association with over two thousand memberships across the length and breadth of Sierra Leone. SLIA executive body therefore is calling on all members not to have business with him is relation to the association as there is a well-established existing executive.

According to members of the Association, Tanue Jalloh is not only a well-established international businessman or has been using his expertise to transform the country’s business landscape since he took over the mantle of leadership but has also helped to create jobs for young entrepreneurs which has contributed in the reduction of hunger and abject poverty adding that SLIA was formed to minimise the too many deaths that were occurring in the seas or waters while traders were traveling through boats from Freetown to Conakry and Monrovia.

Mr. Tanue Jalloh is held in high esteem among importers for establishing the Tanue International in China through the guidance of former Minister of Trade and Industry, Dr. Kadie Sesay, a process which has diverted Sierra Leoneans business people’s attention from buying business in Guinea and Liberia as they are now going directly to China and Dubai for business purposes.

A piece of advice was issued to Alhaji Wurie Sow to withdraw his statement that he is the current President of SLIA until the right thing is done or else his self-imposed leadership style would land him in trouble.

It was established that only a native Sierra Leonean constitutionally qualified to be President of SLIA, a professional and non-political Association formed to protect its members and ensure imported food and non-food commodities always available for consumption.

Sierra Leone Office of the Ombudsm...