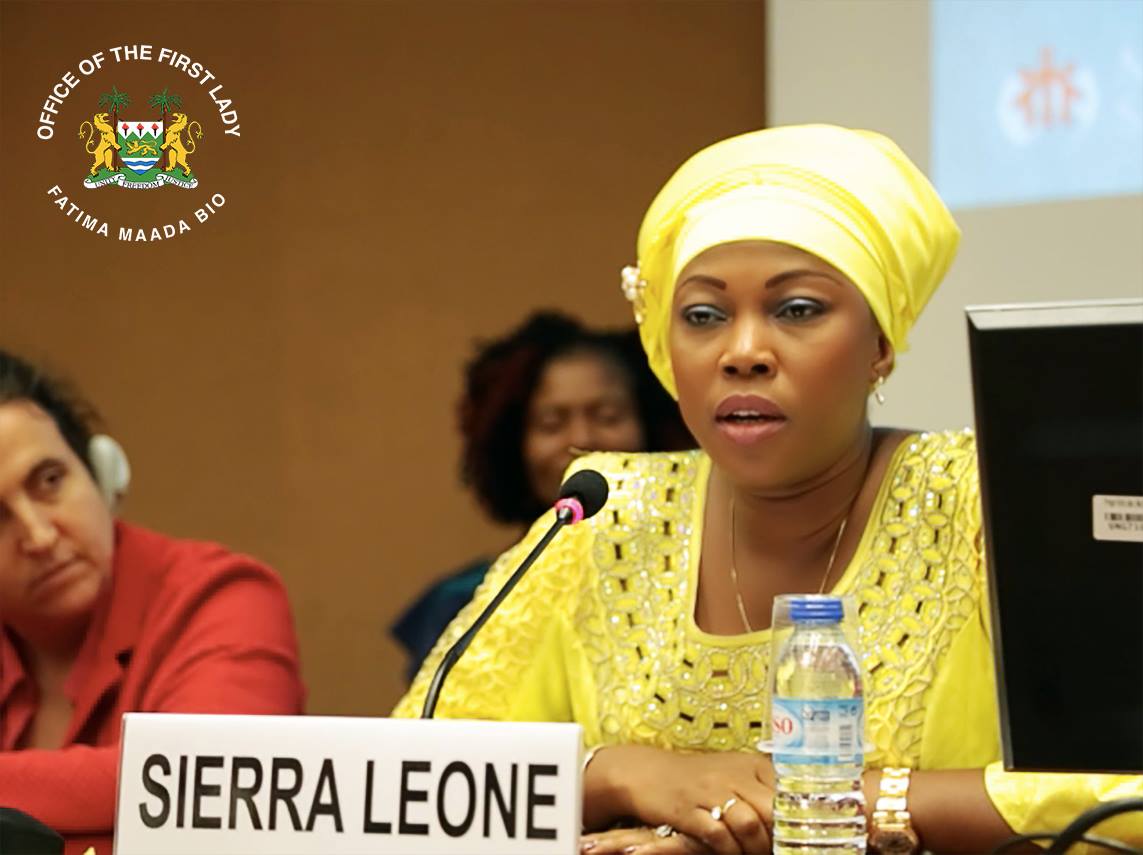 Sierra Leone’s First Lady, Madam Fatima Bio during an interview in The Gambia, refused to speak against FGM because, according to her, there are more important issues like polygamy and rape, while also trying to justify this cardinal error with some specious argument about colonialism.  (Photo: First Lady of Sierra Leonek, Fatima Bio)

Whether she lacks adequate knowledge on the subject or a deliberate attempt to downplay an issue as critical and important as Female Genital Mutilation, which has been widely condemned in recent times for its harmful implications, many people believe it was an unfortunate statement made by no less a person than the First Lady of Sierra Leone who many believe, would have championed the cause to eradicate FGM just as she is doing in terms of rape and sexual violence against women and girls.

Many people are now calling on Madam Bio please stop and acknowledge that her initial statement was a faux pas adding that there are many young Sierra Leonean doctors, social activists, and FGM complications victims who are more than willing to help her understand the subject of FGM better.

In fact, this could be an opportunity for a much needed discussion on FGM and the way forward.

While the First Lady and her siblings might be lucky to have gone through FGM without health complications, it is not the same for many other women in Sierra Leone and the world at large, concerned women stated in an interview with Sierra Express Media adding that if only Madam Bio could take a moment to reflect, she will agree that her statement was hurtful. It betrayed the trust of these victims of FGM complications. And some of these women look up to her to be their voice.

‘Madam First Lady, this is the worst PR stunt I have seen so far. Maybe you should fire your PR team altogether and solicit the counsel of savvy minds to walk you through these treacherous waters’, a political commentator states, adding that the First Lady have a great potential, and with the right counsel, she shall do exploit in our nation.’

‘You have the zeal and passion to do great work. In a few months, you have revived the dormant Office of the First Lady after it has been in deafening silence for decades.’

‘Some of us even believe that you are the avatar of change for the daughters of Sierra Leone and that you are in the right place at the right time, a time that demands retro advocacy, a time that requires stepping on the toes of the old guard to usher in a new age of inalienable rights for the daughters of this land, a time for societal tabula rasa.’

‘You have made some laudable changes thus far. Your initiative to champion the fight against rape, for example, was a master class act. You managed to rally other First Ladies in the region to fight the good fight and we are thankful for that.’

‘Please do not besmirch your work with this political blunder. You made a grave error but I am sure the daughter of Sierra Leone are willing and ready to work with you, if they believe that you’re contrite’ a commentator added while also cautioning her not ignore the writings on the wall, because if she does it will be the beginning of the end of her campaign which is a terrible thing should it happen.

Not Party to Bringing War in Sierr...