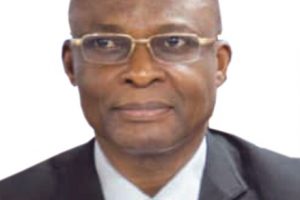 Justice Biobele George Will (in photo), presiding Commissioner for Inquiry, Room No. 1, has said that he will resign if anybody attempts to interfere with his work.  The Nigerian informed the Commission that he has done it before and that he will not mind to do this again given he has integrity to protect.

Justice Biobele George Will said he will not be a party to anyone that intends to bring war in Sierra Leone.

“I will resign and go home if anybody tries to influence me to do the wrong thing,” he reiterated, adding that he has a reputation to protect and long way to go.

He added: ”I will not mortgage my integrity. I came here to do the right thing.”

He continued: I will not participate in anything that will bring war in Sierra Leone.

Justice George Will said he is working in the best interest for anyone that is involved to appear before the Commission.

He reiterated that he will never force anyone to appear before the Commission.

He addressed the Commission on the basis of State failure to submit notice to persons of interest who served in the past government.