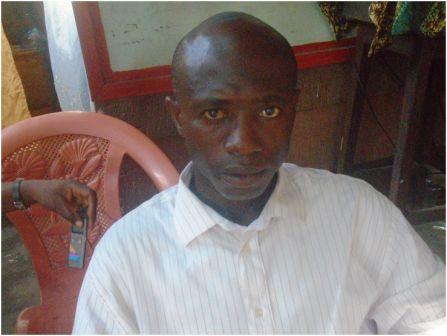 Mr. Gberie explained that he has been receiving series of complaints of indiscriminate broken and opening of graves from clients and members of the public since he took up duty on 11th July 2018.

The Cemetery Keeper in a sad mood said, whenever he reacted upon complaints he received from members of the public, he was attacked by members of Friends of the Dead adding that the bad boys as he described them went further that they would kidnapped and buried him without the knowledge of his employer, FCC.

“I have been beaten by Friend of the Dead on three occasions with the remark that they will broke bottle on my head and put me to death”, said Mr. Gberie in a worry mood and maintained that as a result of too many confrontation, he decided to tender an official report at the FCC head office on Wallace Johnson Street in Freetown.

Mr. Gberie reiterated that he had also made an official complain at the Adelaide Police Station where statement obtained from him and his witness but the bad boys continue attacking him on a daily basis.

“I am afraid of my life because the bad boys has also threatened to kill my witness if he continue testifying against them”, said the terrorized Cemetery Keeper.

He concluded that he has also complained the matter at the Central Police Division where Friends of the Dead were given verbal invitation to report at around 9:00 am but amazingly, they were released on bail by the Police without obtaining statement from them.

Share With:
Tags
CemeteryfeaturedFriends Of The Dead
Previous Article