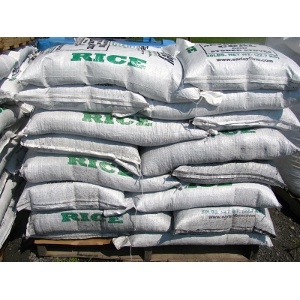 It could be recalled that on the 2nd October, 2018, this Press reported of intelligence in conjunction with the persistent clandestine rice deal that is ongoing at the Commodity Trading Company (CTC). According to reliable information gathered from different credible sources, CTC is in the habit of reducing the actual kg bags of rice supplied to their desired weight, leading to illegally getting excess quantum to be sold, that will maximize fictitious returns at the detriment of final consumers.

It was revealed that such dubious syndicate is presently taking place at the Cline Street branch, headed by Yasim, Datsun Garage branch, headed by Jawal and that of the Dockyard branch. Relatable on this Medium’s spot check at the aforementioned branches, it was discovered that thousands of 50kg parboiled bags of rice packaged in red bags, have been emptied and repackaged in green bags carrying CTC label, purporting to be 25kg which in actual sense is substandard.

The general concern that most people are raising when interviewed is due to the severe suffering those young energetic Sierra Leoneans are facing. Relentlessly working under stressful atmosphere with neither medical coverage nor insurance. When the Overall Store Keeper, Yasim- in charge of the Cline street branch was asked in accordance with the medical situations of those casual staff, he proudly said he has been helping some of them with his bare salaries over the years and at present. “This is daylight robbery. It is really pathetic to us, amidst this prevailing economic crunch that is ravaging the lives of us all as final consumers. Something has to be quickly done in the interest of the country”, roared, some concerned citizens.

Friends Of The Dead Accused Of Thr...