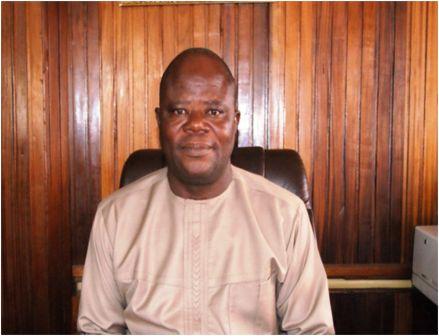 According to UNICEF, over 1.5 million school children are expected to benefit from the Free Quality School Education initiative at the start of the school year this September. This flagship initiative, launched on Monday, August 20, 2018 as part of the new Government’s initiative under the leadership of HE President Julius Maada Bio, will ensure increased access to government-assisted schools for all children from pre-primary to senior secondary levels across the country.  (Photo: Commissioner Abu Bockarie Kokofele, the new NaCSA Commissioner)

This initiative will be phased over five years, and will waive the payment of tuition and admission fees and provision of teaching and learning materials with an initial emphasis on Mathematics and English language text books to all secondary schools in the country. It will also ensure that payment are waived for public examination fees such as the National Primary School Examination (NPSE), Basic Education Certificate Examination (BECE) and West Africa Senior Secondary School Examination (WASSCE).

However, one key area of challenge that critics are raising doubt about in the actualization of the Free Quality School Education initiative is the structures to house the zealous number of school going pupils expecting to benefit from the scheme. In line with this, the National Commission for Social Action (NaCSA) through its Sierra Leone Community Demand Driven Project (SLCDD II) has been working frantically to meet this demand in its growth poles communities, especially where they  have requested for schools as their ‘Quick wins’ sub-projects.

As it is, NaCSA through its SLCDD IIis all set to hand over a total of nine (9) Primary and three (3) Junior secondary schools (newly constructed and well furnished) making a sum total of twelve (12) schools to pupils in these communities at the beginning of the new academic year.

It is therefore no surprise for pupils of these schools to rain down praises in gratitude to NaCSA’s timely interventions in setting the pace for the implementation of the free quality primary and secondary education. As a result, there is no one of these schools that one visits, that one is not greeted with songs of praises for NaCSA.

At Kambia Morie Community in Mange Bureh Town, BKM Chiefdom in the Port Loko District, at a primary school once known as the Sierra Leone Muslim Brotherhood (now referred to asKambia Morie Community Primary school) where NaCSA is constructing a six block classroom building, two class six (6) pupils, Mohamed Bangura and Isatu Bah, both of whom aspiring to be medical practitioners expressed their delights over the transformation taking place at their schools, thanking NaCSA for the gestures and assuring the commission of their determinations to make the marks in the public examinations. “We shall ensure that we put the school on the map, to show NaCSA that they did not make no mistakes in building a new school for us,” they affirmed.

At the Ginti Secondary school, Debia Chiefdom in Port Loko District, Senior Secondary School III pupils attending special remedial classes could not hold their peace on what they described as the timeliest intervention by NaCSA to their school ahead of the New Direction’s free quality education.

Isata Sesay a pupils of Ginti Secondary school said that they are very happy to see such wonderful development taking place in our school. This has become the talk of the town. Our parents and elders of the community in all spheres of life and high places are very proud of it. With these structures, we could now challenge other big name schools in the district or even beyond. I can now boast openly that my school, when completed will be second to none in the entire Port Loko District. We are therefore very grateful to NaCSA for this support, while assuring them of our outputs in this year’s public examination.

Santigie M. Kamara, a pupil of the same school urged his colleagues to seize the opportunity to work hard in meeting their goals and aspirations. He called on the school authority to scout out for quality teachers, especially in the sciences that befit the new face of the structures when completed, we celebrate the construction and await the completion of the new school blocks, it is however no secret that the school lack requisite teaching staff, especially in the Sciences and Commercial to complement the quality of the new buildings that have been provided by NaCSA. We may like to urge the school authority to look into this and find ways to address it; while on the other hand, compel all my colleague pupils to work harder in making the grades. This is key, if we are to continue benefiting from NaCSA. This should be a prerequisite, to show NaCSA that we are grateful to them for such support he noted.

Beneficiary communities across share the same sentiments. At Masingbi Town in Kunike Sanda chiefdom, Tonkolili district, where NaCSA is constructing two (2) Primary schools and one (1) Secondary school, pupils of one of these schools, the Maranatha Christian Secondary schoolat Masingbi expressed their gratitude to the Commission.

Memunatu Sawaneh, an SSS III pupils commended NaCSA for what she described as a laudable gesture, noting that it will not only be a face lift  but will cut down the high dropout rate in the community. Another pupil of the school, Abu G. Koroma rained similar praises on the commission but pleaded for a speedy attention to expedite completion of the work to meet the start of the new academic year in September.

These schools are expected to be completed and handed over to the respective communities for utilization in the new academic year. Each project consist of a well-furnished six (6) classroom block with a Principal’s / Head teacher’s office, a staffroom, Parents/Teachers’ (PTA) Hall, library and self-contained staff toilets; a two (2) Bedroom self-contained staff quarter for the Head teacher or Principal (to be provided with solar power by the project); water well and external toilets for pupils as well as recreational area for pupils.

The project covers the following schools:

On State Visit to China President...