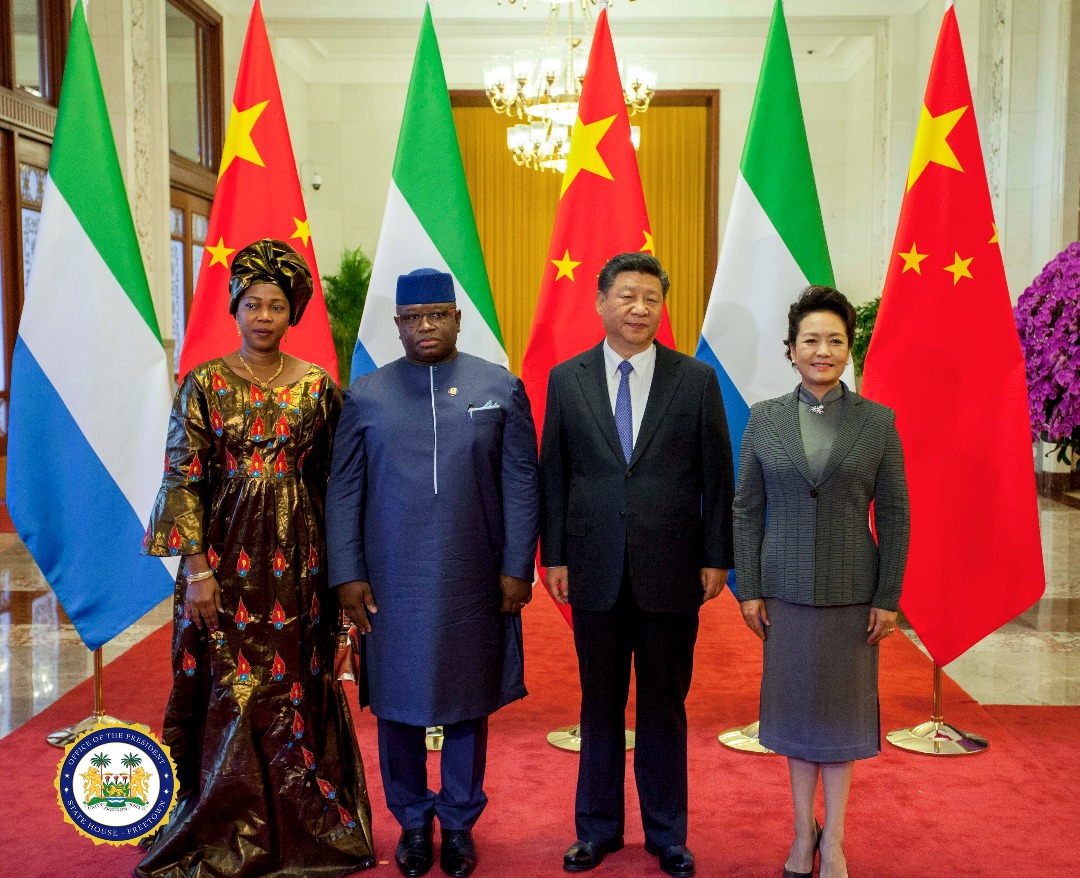 Beijing, China, Thursday 30 August 2018 – The maiden State Visit by His Excellency President Julius Maada Bio to the People’s Republic of China has so far been a remarkable success with the two countries signing new bilateral agreements and President Xi Jinping hosting President Bio to a State Dinner.

At the welcome ceremony in Beijing, the host president praised President Bio for his leadership and commitment to strengthening bilateral relations between China and Sierra Leone.

“We are prepared to work with your new Government to deepen the ties with Sierra Leone,” President Xi Jinping assured President Bio.

President Xi Jinping also used the welcome ceremony to brief President Bio about the Forum on China-Africa Cooperation (FOCAC) during which he said that the third such summit, this year, aims to build a shared future between China and Africa.

“I will like to work closely with you for the success of the FOCAC Summit,” President Xi Jinping told President Bio.

In his response, President Bio thanked President Xi Jinping for the invitation and warm hospitality accorded him and his entire delegation since their arrival. He expressed gratitude to the Government and People of China for the support China has given Sierra Leone, especially in difficult times.

President Bio was also keen on establishing a new type of bilateral relations with China: “As the newly elected President, I am committed to strengthening our long-standing friendship by focusing on strategic and cooperative partnership. Attracting foreign direct investment from China; fixing the volume of trade imbalance between our two countries, and leveraging opportunities in development aid from China would be key in this strategic and cooperative partnership”.

During the welcome ceremony, new bilateral agreements were also signed between China and Sierra Leone. These agreements include: an agreement for China to send a team of 9 experts to conduct a feasibility study on the fish harbour project; an agreement for the Chinese Government to provide emergency humanitarian assistance of a batch of rice valued at 50 million RMB Yuan; a Memorandum of Understanding on cooperation within the framework of the Belt and Road Initiative and an agreement on the economic and technical cooperation with gratuitous assistance from the Chinese Government of 250 million RMB Yuan.

NaCSA Lights The Torch For Preside...