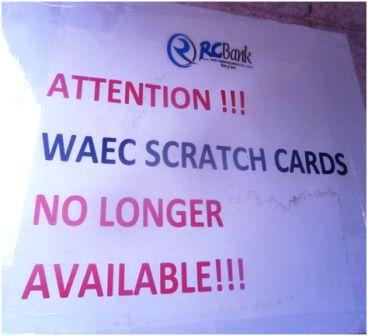 The Minister of Education for Primary and Secondary Level, Alpha Osman Timbo Esq. has intervened promptly to address the issue of scratch cards for over eighty thousand (80,000) protesting private pupils preparing for the 2018 West Africa Senior School Certificate Examination (WASSCE).

He furthered that the West Africa Examination Council (WAEC) has made it crystal clear that it has no scratch cards again and that it will only allow about forty thousand (40,000) scratch cards for this year’s WASSCE.

However, the prompt intervention of the Minister and his response team from the Ministry which comprised the Permanent Secretary, Directors and the Public Relations Unit quelled the situation.

Alpha Timbo Esq. and team encouraged the disgruntled pupils to remain calmness until midday yesterday which was the stipulated time for WAEC, SLCB and RCB to report to the Ministry for further investigation into the shortage of scratch cards.

He entreated them to be law-abiding citizens and assured that he would continue to engage concerned stakeholders to address the issue of scratch cards in a speedy manner.

The intervention of the Minister comes following a protest by affected candidates that attempted to enter both the SLCB and RCB in a disorderly manner chanting “We want scratch cards Paopa!” The protesters, amongst other things, alleged that there were scratch cards at both banks but wanted to sell them at black market for exorbitant prices.