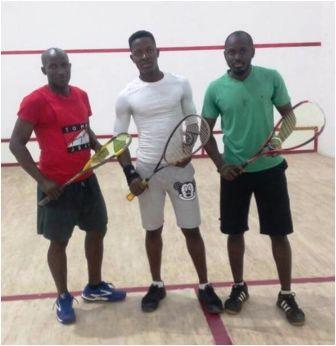 The performance of the national beach volleyball side in the ongoing Commonwealth Games cannot just be easily reproduced in the other disciplines. Sierra Leone participated in eight disciplines which include Swimming, Boxing, Squash, Athletics, Beach Volleyball, Table Tennis, Cycling and wrestling.

The below-average display of some athletes in the games speak volume of a country that is urgently in need of massive financial and technical support.

Sierra Leone’s representative in the 69kg boxing category, Abu Bakarr Katta woefully failed to make it into the second. He was eliminated by his New Zealand opponent in a bout that lasted for 11minutes, in less than a day, his compatriot, Gibrilla Kamara was also shown the exit door in the 75kg category.

Also there has been no good news in athletics. Although female sprinter, Dolly Mustapha managed to reach the semis, Bockarie Sesay however failed to sail through in the 400meters at the Carara stadium and the entire team is heading home.

Sierra Leone had another woeful performance in squash, as James Fayia and two others failed to impress in the Games. They were simultaneous eliminated from the competition.

Salone Crash Out at Commonwealth G...