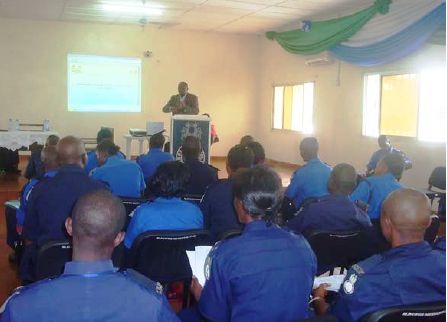 Thirteen Police Recruits, who have undergone over six months intensive training at the Police Training School at Hastings were past Wednesday arraigned before magistrate Santigie Bangura of Court no 1 on Siaka Stevens street Freetown, they were charged with offences ranging from Incitement and Conspiracy contrary law

According to the particulars of offence, the accused, on about 26th January at the Police Training School in Hastings, incited other recruits to cause havoc and are also said to have conspired together to commit a crime.

As preliminary trials were done on the accused persons, the bail application submitted by the lead defense council, lawyer E.T. Koroma was refused by Magistrate Santigie Bangura, who then adjourned the matter for hearing on Tuesday 27 February 2018