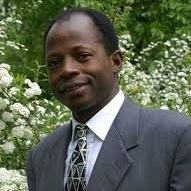 The former Minister of Tourism and Culture, Peter Bayoku Conteh (in photo), popularly known as Agbangbajazz, who defected to the newly formed National Grand Coalition (NGC), has suffered humiliation in his bid to fight Momoh Konte, the APC Koinadugu District Chairman.

According to reliable sources within the NGC Kabala branch, the former APC man, who was sacked as Minister of Tourism as a result of corruption and later found guilty, requested Le100 million from Dr. Kandeh Kolleh Yumkella (KKY) to fight the APC in Koinadugu district but got one of the shock of his life when KKY gave him a meager Le10 million only.

The former minister was so furious over such humiliation and reacted by throwing the said amount in Dr Yumkella’s face.

This latest development has left Agbangbajazz in the cold and he is now going around telling supporters that KKY is not a man of his words and therefore, must not be trusted.

SLP Congo Cross With Its Partners...

Violence is the last refuge of the...