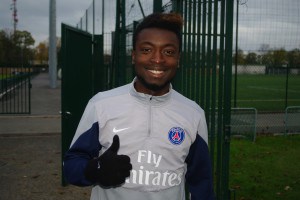 Having made history by becoming the first ex- footballer in the world to become president of his country, Liberia’s president elect, George Weah, will have his presidential reign kicked started with the daunting task that many observers and political analysts referred to as a ‘’Make’’ or ‘’Break’’ decision, when he shall choose his cabinet later this month to man the affairs of the country in the coming years.

Widely regarded as politically in-experienced, President Weah now have the opportunity of proving his critics wrong and make his presidential reign a success by choosing the right people in his cabinet or proves them right by choosing the wrong ones.

With everybody now coming around him and lobbying for a spot in his cabinet, it is my view that Mr. Weah treads cautiously so as to make the correct choice of persons in his soon-to be named cabinet in order to succeed as a president and prove his political opponents and critics wrong.

One may be left wondering about my interest in Liberia politics. It however suffice to say that both Sierra Leone and Liberia are not only historically indebted and united to each other because the two countries share a common border, rich family ties, and bonded by a strong spirit of  African Solidarity and brotherhood, but the two sisterly countries  also share similar outlook on a number of global issues.

It is also my interest as proud African Journalist to see that Africa, especially my country’s closest neighbors, Liberia, prospers both economically and politically

Having said that, President Weah will on the 22nd of this month name his cabinet in what many referred to as his first and most important political assignment

Key among them is the coveted and most crucial position of the Attorney General and Minister of Justice which is one of the most important positions of any country especially Africa where the justice sector leaves much to be desired.

With prominent names already coming up for this position including Charles H. Gibson, who, sometimes in February 2017 had his Legal License suspended by the nation’s Supreme Court for allegedly duping his client Anwar A. Saoud, the sum of  twenty five thousand three hundred and twenty two dollars (US $25,322) and  Sayma Syrenius Cephus, a seasoned lawyer with a track record which many believed to be untainted and who many Liberians believe possesses the professional competence, experience and qualification to head this all important sector.

With those two coming as the front runners of the said post, the world is all watching closely on the decision of Mr. Weah of either to choose an alleged thief or one whose appointment will send a positive signal to not only Liberians but the world at large that indeed he has brought the change he promised in his campaign.

In my next edition, I will bring thorough analyses and profiling of these two personalities . Stay tuned.

Is Zimbabwe’s Constitution, all Sa...