Hassan Manso Kargbo to Declare on His Birthday 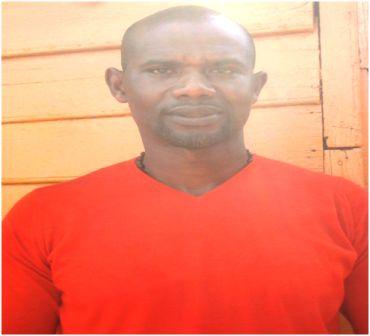 Hassan Manso Kargbo to Declare on His Birthday

The aspiring Member of Parliament for Constituency 126 in Freetown under the All Peoples Congress (APC) party ticket, Hassan Manso Kargbo will be officially declaring intention to contest for the envious position to mark his birthday celebration on December 17th 2017.  (Photo: The humble Man, Hassan Manso Kargbo)

Speaking to Sierra Express Media (SEM), the Public Relations Officer (PRO) for Friends of Manso Foundation, Abass S. Kanu described the hopeful MP, Hassan Manso Kargbo as a son of the soil who originally hails at Brookfields in Freetown adding that his mother was an established business woman in the said community.

He said the erudite Sierra Leonean decided to join the political landscape to continue helping his people by providing them with basic facilities which they supposed to enjoy adding that the indefatigable man has extended his helping hands to various deprived areas as he provided pipe borne water at Brookfields, Grey Bush, Congo Town and Red Pump to ease the alarming water shortage problem in those vicinities.

The PRO further deliberated that Kargbo also spent his personal wealth to construct bridges and mentioned that he has provided over two hundred chairs and benches in one of the schools at Leicester Road. He disclosed that the declaration ceremony which will attract party stakeholders, will be organize at the School Yard where he will be distributing scholarships to deprived young school going pupils  so that they can feel inclusive in society as education is a human right for every child.

He outlined that the UK based Sierra Leonean has donated over eighty Plasma Televisions and many laptop computers to various institutions including the Sierra Leone Broadcasting Corporation (SLBC) and he bragged that he is going to make more meaningful donations at his declaration ceremony.

Although Mr. Kargbo has been challenged by two other aspirants including Edward Kargbo and Aruna Gbassay but the PRO demonstrated confidence that Hassan Manso Kargbo will be awarded the symbol based on the huge developmental activities he is undertaking and above all he is popular among electorates in the said constituency for his good will gesture.  He maintained that the Member of Parliament in waiting is an executive member of the APC UK Chapter and has strong relationship with party stakeholders.

He pointed out that Kargbo is loved by all because he interacted with all classes of people including kids, youths, the aged and he is accustomed of advising young people to transform themselves by belonging in productive activities to become self-reliance. He therefore appealing to stakeholders of the APC to see reason why they should give symbol to the determine young man who is very much passionate about the development of young people and the nation as a whole.

He disclosed that, the Humble Man is registered and will be back in Freetown from London on December 7th this year to properly establish his campaign strategy and concluded by calling on all supporters of the APC in the constituency under review to throw their unflinching support to the persevering young politician.