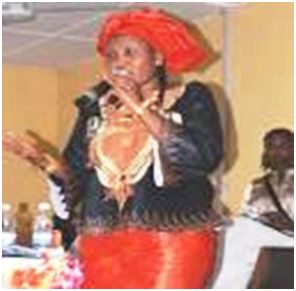 In what seems to be a deliberate act, the Deputy Minister of Works, Madam Khadija O. Sesay has allegedly used and dumped  the Conteh family over the purchase of a two-story house located at # 2 Harding Street, Magburaka, Tonkolili District.

However, our source went on, Madam Kadija O Sesay, has since then reneged in honoring her own part of the agreement as she keeps refusing to pay the remaining money as per the agreement.

It is also understood that after several calls from the Conteh family, the Minister promised to fly both Mohamed Papa Conteh and Ramatu Lamin Conteh abroad, a promise that has still not been fulfilled.

As she keeps reneging on her promise, one of the beneficiaries of the said property, Ramatu Lamin Conteh died on the course.

Upon this sad development and as pressure continued to be mounted on her, the minister then sent Mohamed Papa Conteh to Banjul with the assurance that she was going to meet him there to facilitate his travel to Germany. After months of his stay in Banjul, our source revealed that the minister never showed up but rather, her agent issues a fake visa that does not bear the name of Mohamed Papa Conteh.

When contacted, the Deputy Minister was quick to tell this medium that we should encourage the said victim (s) to take her to court if they have evidence of the said issue.

In our subsequent editions, we shall publish all documents including the Fake Passport and other documents relating to the agreement between the two parties. Stay tuned

Ministry of Works Neglects Youyi B...