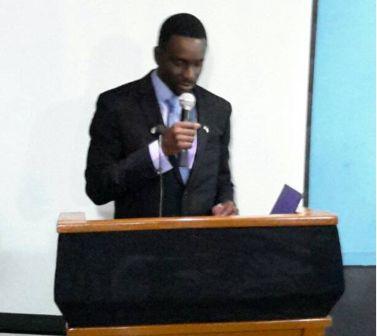 Various Civil Society Organizations (CSOs) have unanimously drawn the attention of the Government of Sierra Leone (GOSL) through the Ministry of Finance and Economic Development (MOFED) to increase the 2018 budget allocation of the Office of the Ombudsman so that they can minimize or overcome challenges surrounding the office.

Members of the Civil Society made the appeal at Miatta Conference Centre when the Ombudsman, Melron Nicol Wilson was presenting at the just concluded 2018 Financial Year budget discussion.

Highlighting challenges of the institution, Wilson said they have received no single from Government since he took over office adding that the 2015 Audit Service report clearly stated that the Office of the Ombudsman is understaffed. He spoke about the insufficient office space and he disclosed plan to move from Liverpool Street where they are currently working to the new office at Howe Street which is expected to be more spacious. He emphasized on the important of his office in terms of strengthening good governance.

Nicol said when he took over office with thirty five staff strength; he received three hundred backlog cases. He said they share separate mandate with Legal Aid Board adding that LAB represents in Court those who cannot afford to pay for the services of a Lawyer so that the proceedings can be expedited. He said they have a referral system with LAB.

He clarified that the Office of the Ombudsman was established to investigate and resolve complaints from members of the public against Ministry’s Department and Agencies (MDAs).

He maintained that his office is made up of three units including investigations, Finance and administrative and Public Relations and Information Units.

According to the Principal Investigator, the Office of the Ombudsman responsible to address issues of maladministration matters through mediation and investigation.