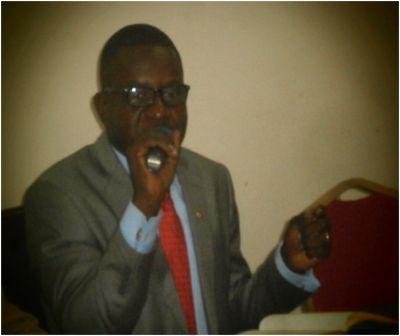 The Ministry of Information and Communications has admitted that indeed they received Le 462M budget allocation in the 2016 financial year from the Ministry of Finance and Economic Development to organize press briefings.

This was brought to the attention of media practitioners last Wednesday when authorities from the Ministry of Information and Communications delegation were making presentation at the 2018 bilateral budget discussion.

When asked on how the huge amount was expended, the permanent Secretary responded that, it was used to prepare refreshments for Journalists during weekly Government press briefings and other press conferences.

He explained that the briefings are not limited in Freetown but they also meet with Journalists in the provinces where he claimed that they pay for airtime.

When also asked to explain how the said money was utilized, the Deputy Minister of Information and Communications, Conilus Deveaux claimed that part of the money was used to prepare sumptuous or superb food for Journalists during press briefings.

But what was very disheartening among Journalists who were in attendance last Thursday’s press briefing is that, after the conference only one soft drink was served to each Journalist. “Where is the trumpeted sumptuous or luxurious food?” some dissatisfied press men queried and they demanded proper explanation from responsible authorities.