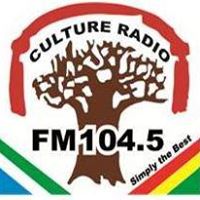 Massaquoi was responding to an interview when she stated that the people’s station came to existent in Sierra Leone on October 6th 2007 with many challenges.

According to the Station Manager, they will organize a dinner that will be graced by distinguished dignitaries and people from all works of life to extend thankfulness to God who had enable them in reaching the peak they are today.

She said prior to the celebration, they will organize a Football Gala Competition for media houses including both print and electronics in the western area as a means of bringing media practitioners together as she said they are fighting for one common goal which is to ensure truth is prevails.

She pointed out that they wanted the program to be consultative so that they can get sponsors and sympathizers involved and she advanced that Culture Radio is a registered NGO that implement lots of activities centered on advocacy and the empowerment of media practitioners with trainings across the country.

She stated that last year they organized the first International Land Conference and she described the use of solar system to run the station as one of their biggest challenges. “We rely on what we are doing because she said; they have the conviction that there are people at their various corners that believe in their work.

She described the ten years anniversary celebration as a success story adding that they have now secured a bakery, restaurant and other facilities at the Nugus Nagas at Grafton and they are also planning to mount a guest house and to establish a Television Station within the next few years.

She called on humanitarian organizations to give them helping hands so that they can succeed in implementing all their lined up initiatives.