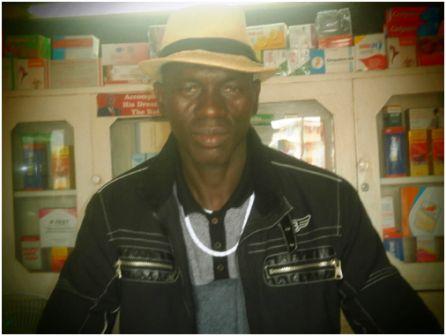 The intervention of the First Lady of the Republic of Sierra Leone, Madam Sia Nyama Koroma is desperately needed by the Wizard’s Production as mother of the nation to support the thirty Million Leones (Le30M) Football Gala competition scheduled to take place from the 1st of September-1st October, 2017 at the National Stadium for the purpose of sensitizing slum communities on Maternal and Child Health Mortality (MCHM).

This latest development was brought to the attention of this medium yesterday when the head of management for the Wizard Production, Abdulai Sankoh aka D-Wizard was updating Journalists about the upcoming event titled “Salone Top Ten Community Football Championship on the theme “Reduction of Maternal and Child Health Mortality in Sierra Leone”.

Responding to an interview, Sankoh stated that they thought it wise as a group of people working for the same purpose to call the intervention of Mrs. Koroma not only that she is championing maternal and child health mortality issues to save vulnerable lives of pregnant women, lactating mothers and children under five but that her husband has demonstrated that he is a Football fanatic as he was using Football to campaign with name “World Best”.

Sankoh maintained that they decided to use Football as a platform to heighten sensitization on the course and prevention of Maternal and Child Health cases because even little children loved Football adding that they cannot sit at the corner watching our people continue to die out of ignorance.

He explained that ten teams are going to battle for the most prestigious trophy mentioned that the winning team will go away with the thirty million Leones while the remaining teams will be receiving consolation prizes so that they will realize something out of their ability. The Wizard further explained that they targeted slum communities for the Maternal and Child Health Mortality sensitization because they are disaster prone areas. He said some unnecessary deaths occurred among children not only as a result the refusal of their mothers to take their children for medication but unhealthy environments also contributed.

He therefore encouraged parents especially lactating mothers who are direct beneficiaries of the Free Health Care to always take their children to the nearest health centers.

He admonished supporters of the various competing teams to maintain peace and unity during the competition because they are all Sierra Leoneans and descended from one God and disclosed that there must be a loser in any race. He concluded by encouraging supporters and spectators not to fight one another but they should develop their minds with peace and he finally assured the public that military men and Police are going to form part of the security wing.

Culture Radio Prepares for 10th An...