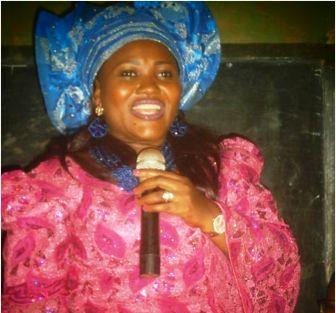 The Honorable Member of Parliament for Constituency 103, Rosaline Jariatu Osaio Smith commonly known as JK Smith who will be contesting under Constituency 121 in the next Parliamentary election has officially launched the Moyiba Progressive Women Organization- Sierra Leone (MPWO-SL).  (Photo: Hon J K Smith)

The occasion which attracted different public officials including the leading aspirant for Constituency 120, Momoh Kamara, Yvonne Aki Sawyer who is aspiring for Freetown Mayor, Rev. Bankole Gibson, another aspirant for Freetown City Father among others was held at the Moyiba Islamic Primary School (Kankalay), on Sunday 13th August 2017 .

Speaking to colleague women, Hon. JK Smith expressed thankfulness to all those that come together for the actualization of the launching program which she described as very important for them as women and she gave special honor to the Chairlady of the organization, Madam Fatu for organizing such a huge crowd.

She described the Chairlady as somebody passionate and desires to move the Moyiba women to the path of prosperity. She therefore appealed to fellow Moyiba women to stick together as their motor says adding that they as women are not only vulnerable but they formed large part of the population and are also serving as bread winners in their homes. She cautioned her subjects to be honest to themselves in ensuring that the organizations live to prosper and love one another so that all of them and children yet unborn can benefit out of the legacy they have created. She assured that the construction of the Moyiba Road is in the Government agenda and claimed that the All Peoples Congress (APC) under President Koroma’s tenure has constructed the highest number of roads than all African Presidents.

In his statement, the aspiring Member of Parliament for Constituency 120 under the APC ticket, Momoh Kamara affirmed that they are all together in the Moyiba community adding that they will demonstrate their togetherness at the ballot box. He emphasized that, as a son of the soil, his community needs many social amenities to live better life. He pointed out that he did not only contributed to the construction of a health centre which is now serving the community effectively  but he also played active role in the construction of the Moyiba Community Islamic Primary School (Kankailay), the establishment of Moyiba community Institute, support Football activities and managing road network for life to be comfortable for inhabitants.

The hopeful Member of Parliament said this mark his second attempt for the said symbol noting that he contested but loss to the seating MP, JK Smith whom she recommended to have work extremely well but promised to do more if given the chance.

Speaking on the background of MPWO-SL, Isatu Elizabeth Kamara said it started during early days of March in 2012 to support the aspiration of Momoh Kamara who is now called Honorable to be but he loses the symbol adding that as a result, they thrown their support to Hon. JK Smith.

However, she spoke on the way and manner the Moyiba community has left behind in terms of road infrastructure and other basic human wants. “In fact that is the reason we decided to rally behind our son, Momoh Kamara to redeem us”, said Elizabeth Kamara.

According to her, in 2012, Hon. JK Smith helped them relentlessly to register the organization and open account for them and stressed that Moyiba women want their voice to be heard this time because they have been forgotten for quite a long time. She explained that MPWO-SL has started a tailoring school with few machines and gara tye dying for their women to be self-reliant.

The Public Relations Officer, Moyiba Community, Alimamy Wise Conteh said Momoh Kamara deserve to be awarded the APC symbol because he is the only son of the soil that learn to degree level. He emphasized on the way and manner Moyiba community is far behind in terms of education. He therefore appealed to the appropriate authorities to support young people in Moyiba with education scholarships and appeal to all aspiring aspirants for position of trust not to forget them this time as they have suffer for too long despite that they voted massively for the ruling Ernest Bai Koroma APC led Government.