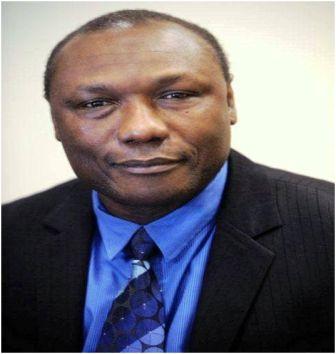 Through his courageous leadership, SEAGA collected and shipped four forty- feet containers of medical supplies to Sierra Leone in order to help in combating the Ebola virus. AUK provided over fifty bags of rice each to Ebola affected families and quarantined homes in Buedu Town, Kailahun District, Eastern Sierra Leone. He also extended similar gesture to Tonkolili and Bombali Districts in the north.

Ansumana spent years in Guinea and West Africa where he assisted the Red Cross in addressing the needs of refugees. Since moving to Tasmania, he has promoted understanding between African communities and residents. He is a founding member of the Sierra Leonean and Liberian Association.

In 2014, he campaigned to raise items worth more than Aus$800,000 (eight hundred Australian Dollars) in support of the people of Sierra Leone during the Ebola outbreak.

Whilst in Guinea, his desire to help fellow Sierra Leoneans inspired him to work for the International Committee of Red Cross and Red Crescent Societies (ICRCRC) and the Internal Rescue Committee (IRC) rising to the rank of Assistant Program Manager for the Unaccompanied Minors (UAM)-separated children program.

He is a member of the Australian Red Cross Divisional Advisory Board of Tasmania, a member and Advisor of Australia Africa Business Council, a member of Rotary Club of Sandy Bay Tasmania Australia, a White Ribbon Ambassador to campaign against domestic violence, Vice Chair, Tasmania Muslim Association, member of Multicultural Council of Tasmanian, member of Tasmanian Advisory Council on Multicultural Affairs (TACMA) Premier Advisory Council, a member of the Board of the Migrant Resource Centre South Tasmania and Tenants Union of Tasmania Inc., a member of Australia and Committee Member of International Wall of Friendship Development Committee, Vice- Chairman of the African Enterprise Board in Tasmania, Board Member of Stand4Salone Ltd in Australia which provides charities to Sierra Leone, Pioneer and National Coordinator of the Sierra Leone  Ebola Action Group in Australia (SEAGA).

AUK has a profound knowledge and extensive experience in Australia-Africa economic diplomacy. He has vast understanding of the workings and the requirements of the private sector ranging from sole proprietor to corporate institutions and has great ability to foster and grow relationship at international level.

Over the last decade, he has initiated and executed social, diplomatic investment and trade links between Australia and Sierra Leone.