Imperative to Get Rid of Sunday Trading Ban 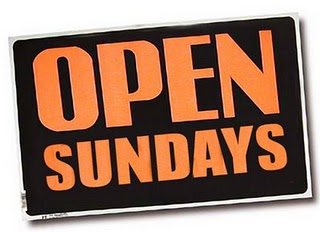 Imperative to Get Rid of Sunday Trading Ban

There is no doubt that in life certain things become more relevant within a specific period of time. After such times they become totally irrelevant as their usefulness may have become outlived. Indeed, it is still fresh in the minds of many Sierra Leoneans that recently we emerged from one of the ugliest chapters in the history of this country, that was when the deadliest Ebola virus struck bringing this country down on its knees. Lamentably, a sizeable number of individuals, including our fine medical practitioners were physically consumed, orphans, widows, victims left behind and serious economic dislocations occurred.

The situation became so alarming that it was expedient on the part of the APC led Ernest Bai Koroma Government to institute workable remedial measures in order to combat the deadly new marauding enemy among our midst ravaging lives of loved ones. As it was possible of contracting the virus through body contact it was judicious on the part of health givers to prevent large scale human interactions which necessitated the imposition of a ban on Sunday trading activities as a preventive measure.

Indeed, it was welcome news when successfully we were finally able to subdue the deadly virus but not after it has caused serious, diabolic national disasters and even up to this material time there are still Ebola survivors discriminated against but are receiving various types of support from the Government and other humanitarian organizations. However, despite all what we went through, we must be very thankful for emerging victorious during that crucial phase in the country’s existence.

Funnily, even though we successfully subdued the Ebola virus, the Sunday Trading Ban remains intact. Some have expressed the view that it is good that it must continue to stay that way because as a nation we should have one day off in the week when individuals should reflect on important personal as well as national issues and also have time to concentrate on family matters.

Critically looked at, the economic situation which the vast majority of the citizenry are going through is really tough to say the least. There is a sizeable number of people in this country who wholly and solely depend on petty trading to eke a living through which they can be positioned to take care of family responsibilities. To be candid enough, the Sunday Trading Ban has been negatively impinging on their trading activities and by extension their lives as it has been adversely affecting earnings to offset debts and expand businesses.

During a random survey undertaken within the Central Business District in Freetown most of the traders engaged vehemently cried down the Sunday Trading Ban convincingly arguing that it is not in place and very untimely. “We have not reached that stage economically as a nation to impose such a ban and to be very frank it does not make any sense to have such a ban on trading activities as for some of us it is what we generate on a daily basis are what we use to feed our families and provide lunch for our kids,” she opined.

Some consumers also lend their views to the ongoing hotly debated issue by unanimously stating it must now be lifted as it creates unnecessary bottlenecks to access basic consumables, which is very embarrassing. “There is no rationale for the ban to stay because it is really not tenable and logical,” Mohamed Jagitay a resident of Kroo Town fumed maintaining that there should be no delay in lifting it.

What clearly came out during all the investigations conducted is that the Sunday Trading Ban has really become very unpopular and it is high time that it must be lifted by Government.

Sierra Leone Gets a Dynamic Young...