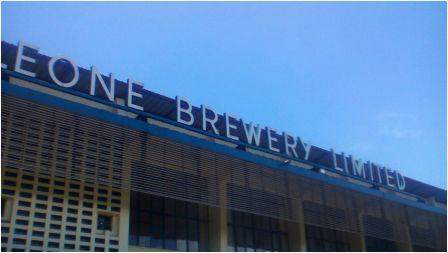 This company started its operations in this country since 1961-1962 when Heineken and other partners in the country withdrew the supply of beer and other beverages into the country.

It is not a hidden secret that this company ran at a great loss during the brutal war in the country that left the company’s machineries vandalized.

As a parent industry in the production of quality beer and other alcoholic drinks in the country, the company continued its operations after the civil conflict in a bid to supply alcoholic drinks and other beverages to its numerous consumers across the country but the company was also hit by the Ebola outbreak in 2014-2015 when the state of emergency was declared by the government of Sierra Leone to prevent overcrowding.

Notwithstanding these challenges, the SLBL is also faced with numerous challenges, one of which was the competition faced from foreign industries that export beer and alcoholic drinks to this country.

It is disheartening to learn that inspite of the quality of beer and alcoholic drinks and beverages produced by SLBL, some ill motivated individuals are reported to have bent on throwing spanners to collapse one of Sierra Leones leading companies disregarding the economic benefit government derives from local industries particularly the SLBL,

It is no lies that a responsible government had to rely on revenue generated from local industries through tax to meet the cost of expenditure and salaries of government workers across the country.

Apart from the revenue collection paid to government by this company the SLBL has also been honouring its social corporate responsibilities in the communities where the company operates as well as in other part of the country. Calaba Town and Wellington alone stand to benefit from modern hospitals.

Other vulnerable communities have also benefited from hydro mini dams and hand pump water wells all in an efforts to address sanitation and provide Sierra Leoneans with safe drinking water.

To support agricultural growth, the company also contracted farmers in the cultivation of sorghum to supply sorghum to the company for the production of beer, Maltina and other alcoholic drinks. This according to some sorghum farmers have increased their economic earnings as well as expand their farming activities.

Sorghum farmers were also yearning for this finance act to be implemented knowing full well that when implement it would help them increase their yield and in the process generate more income than before.

This brings us to the reality that the Sierra Leone Brewery Limited is on top of situation to develop the country through agriculture. It is also true that this company wants to change the perception held by of Sierra Leoneans that only rice, the country’s staple food is of economic benefit to the country.

To ensure commitment and transparency to the Sierra Leone society, the company on Thursday last week engaged the media on a press tour in the premises of the SLBL to get first hand information about its operations. Some media practitioners were baffled over media mischief on a Sierra Leonean company that is in the country to help boost the economy.

SLBL Production Manager, John Richardson who took the media to the production site debunked rumours making the rounds that some bottles of beer and Multina contain different taste. He said the company have all it takes to provide quality products for the people of Sierra Leone. He also informed the press about the installation of the new distillery machines installed by Sierra Leoneans engineers for the production of modern alcoholic and beverages that would meet the taste of Sierra Leoneans.

Now that the finance act is now been implemented, this company is under intense pressure from some segment in society, particularly local importers in the sale of foreign alcoholic drinks and beverages to discourage consumers of SLBL.

Some media analyst assumed that the said alleged particles and other faults discovered on SLBL brands could not be unconnected with those in the sale of foreign beer and other alcoholic drinks into the country. 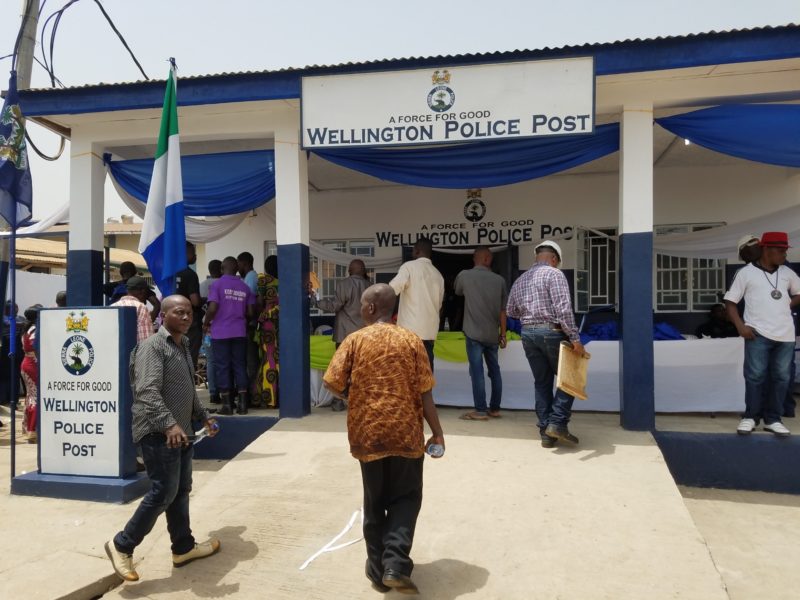 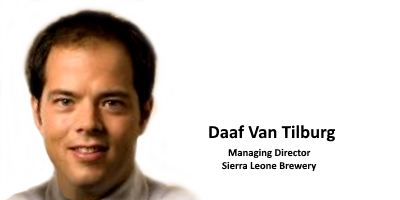 Brewery To Invest Le29 Billion In Can Pa... 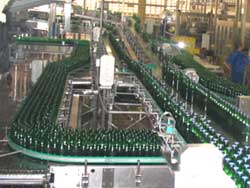