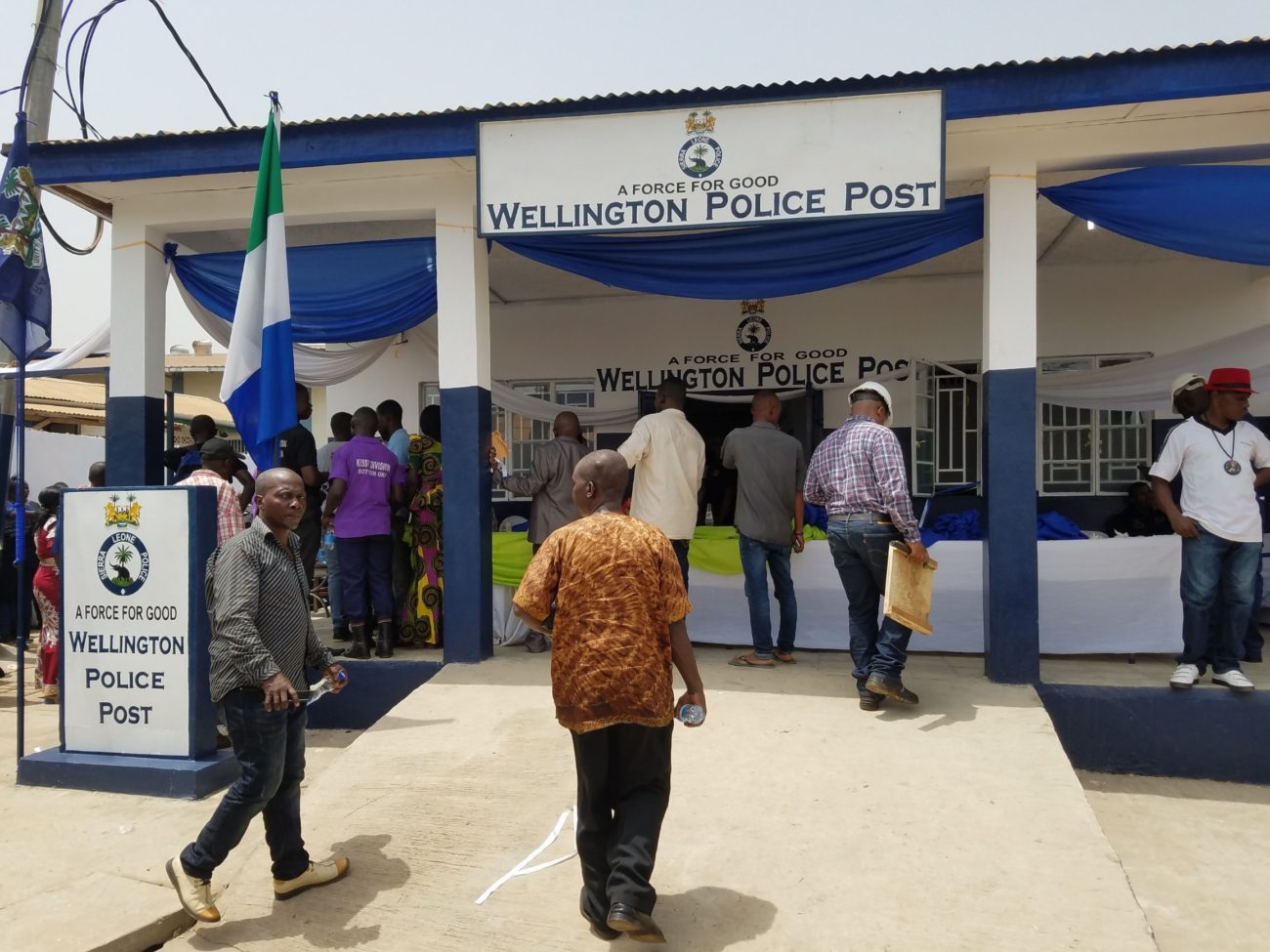 The Inspector General of Police, Dr. Richard Moigbeh has taken Shankerdas into high esteem after it started and completed what he described as a wonderful police post constructed for the safety of the people of Wellington community.

The occasion which attracted religious and traditional leaders, military and police officers, stakeholders and various community people was held at the new building, opposite Sierra Leone Brewery Limited on Thursday, March 13th, 2019.

Delivering keynote address, Dr. Richard Moigbeh said he was moved by the unflinching support demonstrated by the people of Wellington for the successful implementation of the project and recognized the great job the Community Safety Volunteers (CSV’s) are doing in helping the Police to save lives and property. He appealed to the Police and Wellington community people to maintain the facility and encouraged them not to take the law in their hands but to always work closely with the Police to combat crime. He further entreated Police officers to work with the locals to sustain the fight against crime rates.

He spoke about the fifty project Police are implementing across the country in terms building and refurbishing police stations and posts. He disclosed that Government has provided the resources for the quick implementation of projects he earlier highlighted.

He deliberated on the essence to effect robust security measures on the Hill Side and Mountain Rural communities and discussed on the importance of proper planning before constructing a house to be able to provide access road and build social amenities and recreational facilities. He commended members of the Wellington CSV for their relentless effort in maintaining law and order in the vicinity.

He discussed that as a force for good, they would not allow Police officer to bring shame and disgrace into the force without instituting the right discipline against anyone found culpable. “I attended this meeting myself as a result of the importance that attached into it”, he told audience and thanked those who donated the land for the construction of the post and expressed special gratitude to the Shankerdas Family for promoting security matters within their areas of operation. He pledged the continuous Police support to Shankerdas for the safety and general growth of the community.

He also expressed thankfulness to the Honorable Member of Parliament in that Constituency for his support to Shankerdas Family in ensuring the building was completed.

In his statement, Ram Shankerdas thanked all those who put hands together for the successful completion of the project adding that his great grandfather, who was the founder of Shankerdas came to Sierra Leone in 1920. He pointed out that the Company has taken eighty years in this country and has done a lot in terms of creating development. He described the construction of the Wellington Police Post as one of their major and flagship projects for the community and promised to do more in future. He entreated Sierra Leoneans to not only proud of their country but to live in peace, harmony and love for one another for peaceful co-existent.

Ram Shankerdas applauded the Police for their sacrificial efforts which he said, helped them greatly to have sleep at night and wished the project a big success.

In her welcome statement, Local Unit Commander (LUC), Kissy Division described the occasion as remarkable and she equally thanked Wellington people for their support and a special thank you to the initiator of the project, Ram Shankerdas for erecting what she described as a wonderful and useful building for the protection of the people.

At The Commissions of Inquiry SLPP...