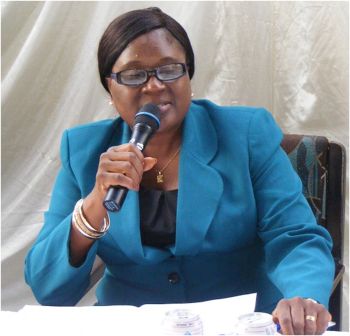 It was obviously part of the SLRSA’s overhauling and facelift process undertaken by the authority for which we must commend its Executive Director Dr. Sarah Bendu.

Such a transformation should be seen as a landmark achievement in the history of the institution considering its dilapidated condition over the years. Come to think of it, leaders are judged by the legacy of achievements they left behind – and with just few years since taking up as head of the SLRSA, Dr. Bendu has effected major transformation in that institution.

In her statement during the commissioning of the project, Bendu said, ‘yesterday’s SLRSA is not today’s SLRSA’.

Those who are au-fait with developments at the SLRSA would agree with her ‘today is better than yesterday’ slogan because there is justification in it if we are to call a spade by its name.

Dr. Bendu is one of three female institutional heads who have so far impressed not only President Dr. Ernest Bai Koroma who appointed them but also the general public they are serving – including Haja Khala of the National Revenue Authority (NRA) and Madam Haddijatou Jallow of the Environmental Protection Agency (EPA) since their appointments.

Haja Khala has performed far more than expected at the National Revenue Authority (NRA) in terms of revenue collection; so too is Madam Haddijatou Jallow who has also brought significant impact at the Environmental Protection Agency (EPA) in raising awareness on the need to protect the environment and its effects.

We can say the same (if not more than) about the SLRSA which has over the years transformed to one of the most successful revenue generating institutions in Sierra Leone under Dr. Bendu.

Before now, very little was known about the SLRSA apart from the establishment of the traffic warden officers, licensing of vehicles and the fact that it was a free-for-all institution notorious for corrupt practices especially involving some of its managers mostly seen around local nearby pubs at the close of every business day exhibiting lavish life-style.

You need not to wonder why the issue of corruption involving some of its managers was the subject of the Anti Corruption Commission (ACC) resulting in the rolling of heads.

Of course, it is no secret that Dr. Bendu fought a tireless battle against corruption trying to cleanse and get rid of some of the bad eggs in the institution to the extent some heads got rolled.

Generally, corruption is endemic in Sierra Leone society – thanks to the Anti Corruption Commission which is desperately now taking the fight against the dreaded disease across the board and to all levels including schools.

Bendu’s battle to give the SLRSA a face-lift was not just through infrastructure alone, but also mentally and this did not make her a popular figure head at the institution, but credit must be given to her to reach this far especially as a woman.

There has been major infrastructural changes not only at its Freetown headquarter offices, but also in provincial townships; there is now massive awareness on road safety both on radio and television more than any other time much to the admiration of our Sub-Regional partners; traffic wardens have been made to be more useful than just controlling vehicular traffic; more university graduates have been absorbed into employment into the system more than any other period of the authority’s history.

Today, it is not business as usual at the SLRSA and apart from the overall successes the institution has registered during her tenure, Bendu has brought decency and discipline at the SLRSA making it an enviable government entity.

Like other women in positions of trust, Bendu’s success at the SLRSA is a success for women.

The Government of President Dr. Ernest Koroma has appointed more women into positions of trust more than any other government in the country’s history.

Just recently, in the President’s cabinet reshuffle, about eight women were appointed into ministerial and other statutory national assignments.

Dr. Bendu’s performance at the SLRA is just a testimony that what men can do in positions of trust, women can equally do. 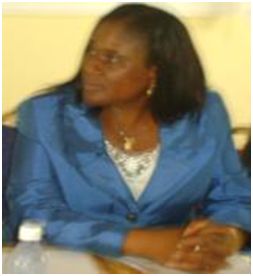