The people of Kabala Town in the Koinadugu District are grateful to Momoh Kemoh Konte for providing them with a ultra-modern clock tower, which has helped beautified the town. The commissioning of the clock tower and a rehabilitated central mosque was done by President Dr. Ernest Bi Koroma on 30th December 2015.

Addressing the people, popular philanthropist, who happens to be the Chairman of National Telecommunications Commission said the project is a shared vision with President Koroma to develop the country’s infrastructure. Momoh Konte said there is a positive competition amongst major stakeholders in Koinadugu District. “We don’t fight each other but have embraced development for the good of our District,” he said, and added that dozens of solar lights will arrive in the country from Spain in January to beautify Kabala Town, in order to make it look like New York City.

Mr. Konteh pledged his further support to develop the district.

Before the pouring of libation, Paramount Chief Gbawuru Mansaray III commended President Koroma for appointing their son Momoh Konte, who has been instrumental in taking development to his home town. His effort, he said has facilitated GSM Companies to connect major towns in the District. He also commended the contractor for a job well done.

In his statement, President Dr. Ernest Bai Koroma was happy to see that Koinaduguans have not only been focusing on fighting Ebola but also embarking on development projects. He pointed out that the various projects he launched during his holiday visit the the District are single handedly taken up by sons of the soil. He thanked Momoh Konte for the impressive work, which has presented a landmark in Kabala Town.

The President called for structures around the clock tower to be modernized to befit it beauty. “I am happy with the spirit of team work and collaboration between Koinaduguans,” he said, and added that people should learn to compete for development and not to undermine each other.

Momoh Konte’s name, President Koroma said will go down in the history of Kabala. He called on the people to use the clock as a landmark to tell the whole world that Kabala Town now has a clock tower. 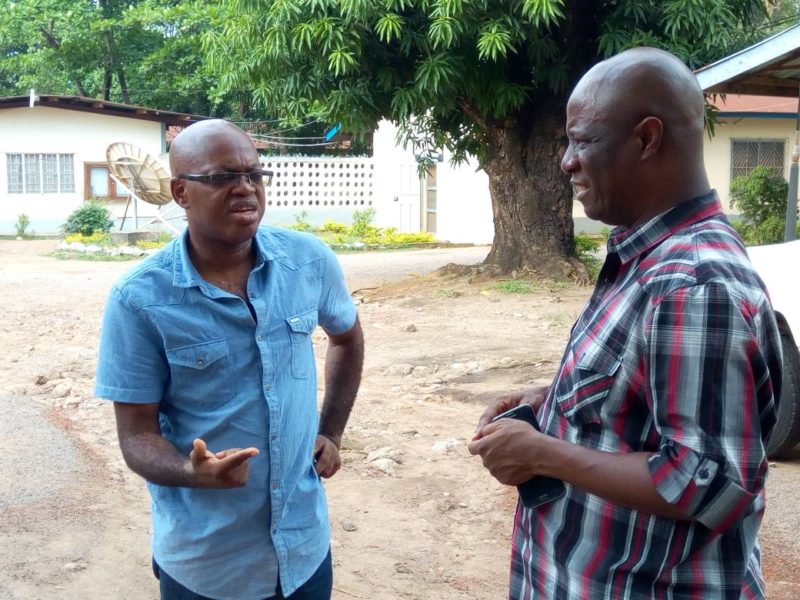