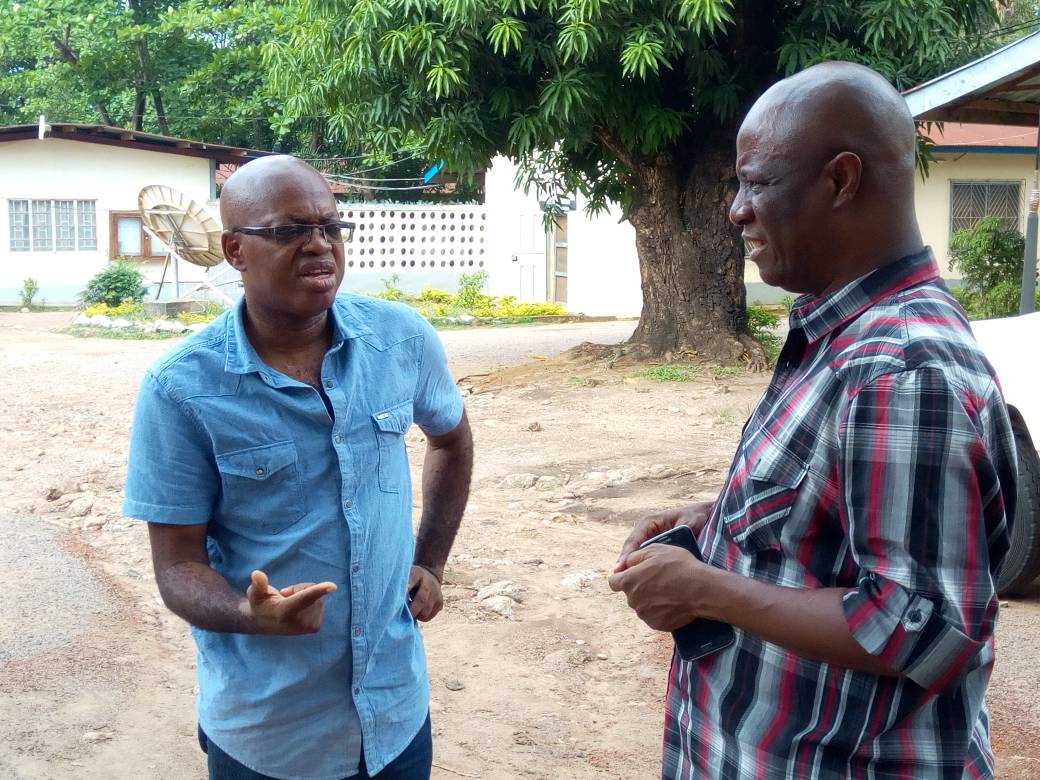 As part of his contribution to improve the standard of education in the two districts, the Chief  Executive Officer of Transtech International, Momoh Kemoh Konte has succeeded in lobbying the authorities of the University of Makeni (UNIMAK), to extend their College to Koinadugu District.
The College which will be housed at the Old Wesleyan compound in Kabala Town, will be the first University to start operation in the district following the intervention of Momoh Konte.
Confirming the news to this medium, Head of Department at UNIMAK,  Usman P Kamara said the College will start operation in October this year for students of both Koinadugu and Falaba districts.
Kamara disclosed that the College will start with few courses related to Computer Science, Development Studies and Agriculture, and that they will be starting with the available number of students from the two districts. He said they have already started distance learning programmes with sixty Teacher’s Certificate and Higher Teachers Certificate students from both Koinadugu and Falaba districts since 2017. He lauded the intervention of Momoh Konte who he said paved the way by persuading the University authorities to extend their services to the district.  He said UNIMAK started operations in 2009 in Makeni. He said before that time they started operating as a university accredited from a university in Uganda in October 2005 when they first established the college under the name of Fatima Institute. He said they started awarding degrees to successful students from 2009 and presently have about two thousand students, but insisted that, they have never received subvention from government or any institution. He said in 2017, Mr. Konte came to the rescue of students from the two districts attending College in Makeni by paying their fees.
Vice Chancellor of UNIMAK, Reverend Father Joe Turay, expressed delight with the level of work done and the patriotism exhibited by Momoh Konte. He said the long dream of the people to have a College in the district have come to reality following the intervention of Mr. Konte.
Meanwhile, the people of Koinadugu and Falaba districts including PC Alhaji Alimamy Lahai V, PC Alie Marah and PC Gbawuru have heaped praises on Momoh Konte for coming to their aid.
They pointed out that their children are facing serious challenges including accommodation, transportation and paying of tuition fees while attending college in Makeni. They said the intervention of Momoh Konte will go a long way to address their sufferings.
“The bringing of the College to our doorsteps will now give our children the opportunity to learn seriously and have no doubt that they will acquire the required knowledge. Let me on behalf of the people of the two districts extend our thanks and appreciation to Mr. Konte for his laudable intervention,” Chief Lahai of Sainkunia Dembelia chiefdom said.
The Chiefs stressed that Mr. Konte has immensely contributed to the development of the district by building schools, court barrays, supporting various women and youth groups, providing furniture to schools and scholarships to deserving  pupils.
Stay with Sierra Express Media, for your trusted place in news!

As Farmers Go Back to Work Purport...