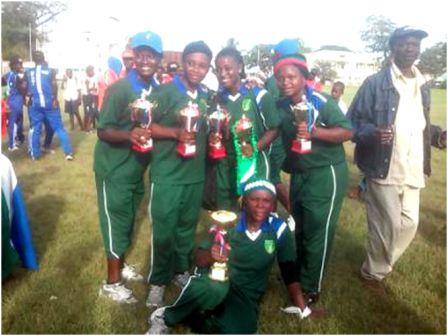 The team maintained their unbeaten run in the double rounds of the weeklong event winning all six matches against Ghana, Gambia and Mali respectively

In match day five, Sierra Leone won the toss and opted to field at the July 22nd Macarthy Square in Banjul.

The team bowled Gambia all out in 15.4 over for 38 runs, and replied with 39 runs in 4.3 overs loss of no wicket. Sierra Leone won by 10 wickets to win the prestigious trophy.

Even though Aminata Mendi of Gambia was crowned woman of the series, Linda Bull collected two individual trophies as woman of the match.

She took in total 15 wickets for low economy rate, which should have handed her the woman of the series.

Ann Marie Monica Kamara, Janet Kowa and Aminata Kamara also grabbed the title each as woman of the match.

And president of the Gambia Cricket Association Johnny Gomez was impressed with the decisive performance of team Sierra Leone and hope for better luck to the Gambian female cricket team.

Gomez was however overwhelmed for hosting the inaugural edition of the tournament ‘’this is a big achievement for us as a nation and we are honoured.’’ He said

Sierra Leone Ambassador to Gambia His Excellency Soulay Daramy who was solidly supportive to the team was satisfied with the feat of his compatriots and motivated them to do more.

He affirmed that the tournament was a huge success for the West Africa region and therefore, every participating nation was a winner.