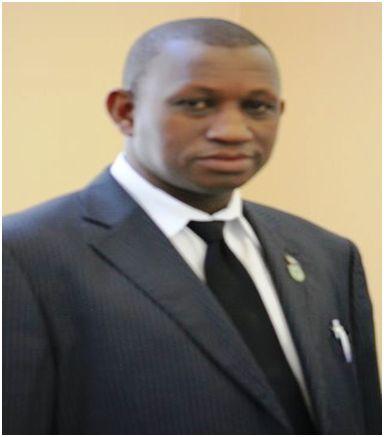 The coming together of students from various Tertiary institutions in the country to set the Timbo Campaign Team did not come as a surprise, owing to the fact that the Sierra Leone Peoples Party (SLPP) strongman, Alpha Timbo continues to play a positive role in the development of his party and entire nation. Headed by Kolleh Mansaray, the team is currently making effort to build the good image of the party and also galvanize support for the SLPP strongman to take up the party’s flagbearership in the next elections.

The team met over the weekend with Mr. Timbo to present to him a comprehensive plan of action, which contains proposed activities that will be implemented shortly.

The national coordinator, Kolleh Mansaray informed the gathering that they appreciate the role played by Mr. Timbo, which is why they have come together to see that they support him. He pointed out that his executive has made positive strides to bring more students under their umbrella. “We are planning to visit various campuses across the country in the coming days so as to garner more students support,” he said.

So far, lots of support awaits members of the campaign team from overseas chapters. They are only required to have a more formidable structure that coordinates its own activities with resource mobilization and program implementations been done in a fair and transparent manner.

Addressing the students, Alpha Timbo said it is good that the students take the bold step to expand on their membership through their regional and national representatives. “The hallmark of leadership is for you to determine your organization. You need to redouble your effort to organize well,” says Mr. Timbo, and further states that there is need to encourage others that are not currently doing well to deliver as expected. “I believe in performance and I expect people to live up to expectation,” he said.

Mr. Timbo described his recent visit to the United States of America as very successful, and added that most of SLPP caucus members were successfully elected into various positions. Mr. Timbo has promised to hold further talks with stakeholders (including students) in Makeni, Bo and Kenema in the coming days. He thanked the campaign team for a job well done and encouraged them to live up to expectation.