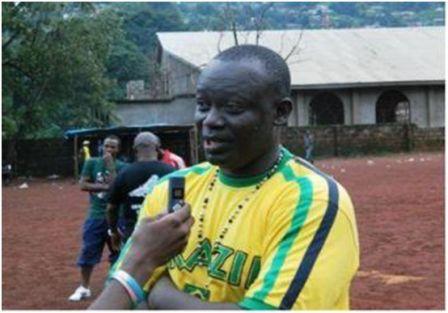 AIK Freetown Team Manager Tunde Scott has committed his men to go out for an all must win against fellow rival FC Dalarosa tomorrow in the opening ceremony of the President Ernest Bai Koroma Post Ebola recovery football festival at the national stadium in Freetown on Friday 21st August 2015. We must defeat Naibana street base giants weekend to keep alive their hopes of advancing into the semifinals of the President Cup.

Both teams will meet for their Group A clash at the Siaka Stevens stadium with Dalarosa FC having the edge over their bitter rivals but Scott belives it will be a bitter taste for his opponent.

AIK’ last outing a against Dalarosa FC were nothing good to write home about but with the inclusion of new faces and fresh legs into the AIK squad it will be a team to reckon with Scott said.

“According to Scott a win will be sufficient. It is vitally important that we are disciplined defensively and ensure that we don’t concede goals.

“When they do open up we need to punish them. We need to play with intelligence; we know we need only the three points point.