Homepages
Your trusted place for Sierra Leone and global news
Trending News
HomeEditorialThe Kamarainba Bombshell – Is it true about the IOO Buses?

The Kamarainba Bombshell – Is it true about the IOO Buses? 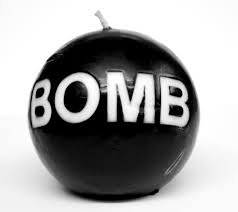 The Kamarainba Bombshell – Is it true about the IOO Buses?

There is the saying that silence means consent, so, the ruling Ernest Bai Koroma-led All Peoples Congress (APC) government must not keep sealed lips over the Chairman and Leader of the Alliance Democratic Party (ADP) Mohamed Kamarainba Mansaray’s sensitive and widely-publicized allegation that via the procurement of the new buses, the Ministry of Transport and Aviation, headed by Leonard Balogun Koroma, has defrauded the people of Sierra Leone the fabulous sum of $6.5 million by hyper-inflating the cost of the buses.

Without saying, such an allegation bears the highest propensity to tarnish the image of the government and we are, therefore, calling on government to come out with a public statement to prove Kambarainba wrong or right; failing to do so and keeping silent on such an allegation of massive fraud will tempt us to come to the right conclusion that Kamarainba is saying the gospel truth.

And if Kamarainba is saying the gospel truth, then the Minister of Transport and Aviation, Balogun Koroma, must be suspended instantly and handed over to the Anti-Corruption Commission for thorough investigation into the alleged massive procurement fraud involved in the purchase of our hundred new buses, otherwise, many right-thinking citizens will come to the justifiable conclusion that the minister perpetrated the alleged fraud in conspiracy with other top government functionaries.

Apart from Kamarainba’s shocking revelations, we have also been reliably informed that the sum of over $1million was spent to procure three containers of spare parts which are yet to be seen though we keep hearing that they have reached the shores of Sierra Leone. We have also gathered that the buses have been banned from using the Savage Square route where three of them broke down recently, possibly, because they could not climb that hill. We are beginning to wonder how the buses donated to Fourah Bay College will be climbing the Aureol Mountain.

We are the happiest to know that the ACC has already issued a press release stating that it is investigating the procurement of the 100 new buses; that is a step in the right direction and we hope the investigation will come to a logical conclusion and culprits severely penalized for leeching the national economy.

We should no longer allow few voracious officials to deprive this nation just to swell their pockets to bursting point. Government officials assigned to purchase national assets must be held accountable in line with the fundamental principles of Democracy which we defend.