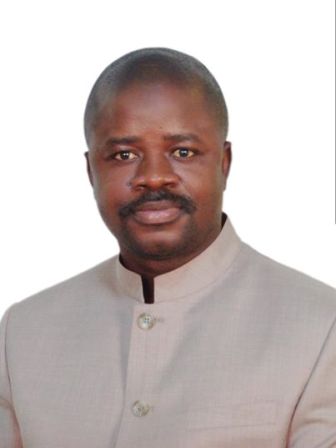 The Ebola Virus Disease in three of four Mano River Union countries (Guinea, Liberia and Sierra Leone) has had a hostile upshot in a number of sectors as in their economies, mining, et el. The tragic loss of lives in these countries is the most serious of all, coupled with the stigma   brought about by the virus which  is as challenging as efforts by the leaders of the said countries to bring an end to it. First heard of in Guinea, a year ago, thousands of people have died of the virus and others infected by the virus but have been able to survive.  (Photo: John Baimba Sesay, IA, China)

From the perspective of the economic growth triangle of the three countries, it is obvious, that it will take months, or perhaps years, for the countries to be able to fully make use of the economic viability along the Makona River Basin, where the virus actually started (Guekedou in Guinea).

Regional and sub-regional integration for economic growth could be amongst the best set of development models for developing nations. In fact the ECOWAS Common Industrial Policy spoke well of “development of regional industrial integration in the areas of intra-regional and global trade, due to its importance for economic and social development…”  Given all the resource rich potentials of these countries in terms of their untapped minerals, a comprehensive sub regional development cooperation framework could be best for them to be able to fully explore the said potentials.

Realistically, commitment there had been, on the part of China for the establishment of a Free Zone along the Makona Basin, given China’s enormous financial and industrial capacity. This also is in line with Article 4.2.5 of the FOCAC Beijing Action Plan (2013-2015) which commits China’s continued support to the development of overseas business cooperation zones established in Africa. What also should be noted, is that China’s go global policy has in many ways helped Africa’s growth, particularly given her model of development cooperation, which includes, aid effectiveness, mutual relations and benefit (win-win), investment oriented, amongst others.

However, the Ebola outbreak must have had an effect on such a sub-regional development initiative as expounded above. But hope, there is, that things will get better and such dream will be realized in years to come, all things being equal.

As a matter of fact,  since coming to power over six years, ago, President Koroma has always provided an astute leadership which resulted in an effective implementation of the change trajectory, which was encapsulated in the ‘Agenda for Change’ and was  later rolled out the current ‘prosperity roadmap ‘ for national development.  In the last couple of years, decentralization has been given the needed relevance, as much as we also could see in our achievement in the areas of infrastructure, agriculture, promotion of women and children related issues.

Notwithstanding all these challenges posed by the virus, leaders of the most affected countries have not relented. So too are the countries’ development partners and friendly nations like the People’s Republic of China, which, apparently took the lead in terms of international support, especially in Sierra Leone. In general, the International Community is now acting.

On the part of President Ernest Bai Koroma of Sierra Leone, he has shown a clear demonstration of the political will in putting an end to the virus. He has been having sleepless nights in the last couple of months, travelling across the country, engaging stakeholders like paramount chiefs, youths and health workers, all in a bid to see an end to Ebola.  He has been ensuring regular on-the-spot visits to Ebola Treatment Centres, across the country.

In the same way, we also continue to see officials in the health ministry not relenting. The deputy minister, Madina Rahmam has been an exceptional lady minister and an inspiration to many, given her dedication to service. She is an epitome of hope amongst those who were asked to serve the country from the diaspora by the president. Her dedication to service, in the midst of the Ebola war, has been extremely touching as it is with the case of Ebola survivors.

Of course, the First Lady has also been a source of inspiration for many. I had an interview with her during my recent visit to Sierra Leone and I was moved by her determination to support not just government development initiatives, but in promoting issues related to women and children.

Indeed, the need to celebrate the lives of survivors cannot be overemphasized. They are living testimonies to the challenges brought by the virus.  We can ourselves start in addressing the challenge of stigma. Our health workers have seen the good, the bad and the ugliest aspect of this virus. They too deserve commendation, as they continue to sacrifice and God will richly bless them.

Christmas, we all are waiting to celebrate, but not with the usual fanfare, for the ambiance attached to it has disappeared even months before it could arrive. A New Year is approaching but broken apart by a virus and entering it with somber minds, with a mindset fixed on the impacts of a virus, now being fought with determination, by a resilient and hopeful people. Our sacrificial efforts in fighting a common enemy must be continued.

Compliment of the season!!