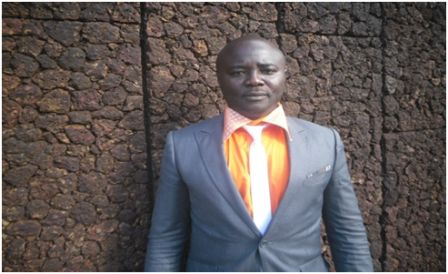 The Honorable Member of Parliament for Constituency 098 in the Western Urban, Hon. Karifala S. Conteh recently said in Parliament that people of his constituency have been law abiding in the control of the Ebola virus and that no member in the community has been reported infected by the deadly virus. (Photo: Hon. Kerifala Conteh)

He further states in Parliament that his constituency, Constituency 098 is Ebola free at the moment.

He disclosed that community youths in his constituency display an absolute concern on the national Ebola health issues mobilizing a major system of control for all persons within their community.

I am proud of my people, Karifala Conteh said. Adding, the wish of His Excellency President Ernest Bai Koroma, the people of Sierra Leone and the international community to bring the Ebola existence in Sierra Leone to an end can be easily achieved when similar example in his constituency is exercised in all other constituencies in the country.

He expressed thanks and appreciation to the burial team headed by Major Gurah and all medical practitioners for risking their lives in responding to emerging health issues relating to the Ebola virus in the country.

The Honorable Member of Parliament further expressed his sympathy to families of victims of the Ebola virus who lost their lives and pleaded with Ebola survivors to maintain precautionary measures and bring the scourge to a final end in the country.

Speaker of the House of Parliament in Sierra Leone, Hon Sheku B.B. Dumbuya congratulatedHon. Karifala S. Conteh for presenting an encouraging report to Members of Parliament on a worrisome Ebola issue and that his presentation states that he is indeed a humble servant whose efforts and with the support of his constituents is bringing an end to the deadly virus in Sierra Leone.

By: Mohamed Y. Turay Stay with Sierra Express Media, for your trusted place in news!