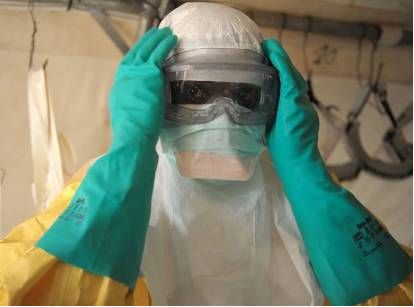 The President raised alarm at the Ebola statistics which shows over 4,000 people have been infected in the country; and said that especially the over 500 infection rates in Freetown, over 500 in Bombali, and over 500 Ebola cases Port Loko are simply “unacceptable”.   People who live in the affluent sections of Freetown, or, live in the center of Freetown, are not fully conscious that large numbers of people have moved into Freetown, but, everything about them is still provincial – from the mud houses they live in, to their traditional practices.

President Koroma said other people in the country should emulate what is being done in Kenema and Kailahun where “anybody with Ebola from outside those districts are quickly fingered by the community, and the people would insist they go into quarantine”.

During the war years, especially after 1994, the people in districts like Kailahun and Kenema had mobilized themselves, armed themselves, in their ‘Kamajor’ movement. They successfully kept at bay the nauseous and brutish RUF/AFRC rebels. What we are witnessing in those two districts is a rousing ‘war response’ by these people whose districts were the epicenter of the Ebola outbreak between May and June.   We should promote what they are doing there – and have them to be ‘fallamakata-ered’.