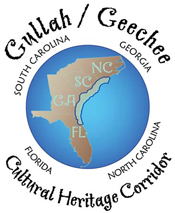 The Gullah Geechee Cultural Heritage Corridor Commission issues this statement of concern about the Ebola crisis affecting the citizens of Sierra Leone, Liberia and Guinea:

Gullah Geechee people are descendants of ethnic groups from West Africa. The distinct cultural group on the coastal area in South Carolina, Georgia, Florida and North Carolina was recognized by federal legislation in 2006 with the establishment of a four-state heritage area. This legislation recognizes the role of Gullah Geechee heritage in the American fabric and acknowledges its cultural link to its West African origins.

As representatives of Gullah Geechee people descended from the part of coastal West Africa that is now affected by Ebola, we are deeply concerned about the health and well-being of our brothers and sisters, and we send our heartfelt and sincere wishes for an end to the suffering and fear.

The Gullah Geechee Commission affirms the humanitarian efforts of President Barack Obama in support of these nations in their time of need. We call upon other nations and communities to join in the pursuit of healing and a cure. Not only does the Ebola epidemic affect the people of West Africa, it also should raise concern from each of us around the globe.