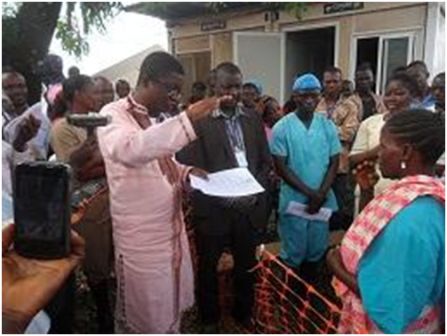 The fastest killer diseases known to man at the moment and more generally Sierra Leoneans is the dreadful Ebola virus that has left many homes fatherless and many children Orphaned through the one killer disease Ebola, The virus which started in the far Eastern district of Kailahun has had an adverse effect on it sister district Kenema which has recorded more deaths than Kailahun where the menace started.

Ebola which has no specific cure at the moment has proven to be the world deadliest disease, but yet as it continues to ravage the small West African state of Sierra Leone there are Sierra Leoneans whose immunities have been very strong to withstand the virus as such there have been hundreds of survivals countrywide. Even though the deaths rate far more exceeds the survival rate. In Kenema city, the government hospital which has been the center for the Ebola management has proudly confirmed that it is in its final stage in the fight against Ebola.

These were the exact words of the Deputy Matron of the government hospital in Kenema, Madam Josephine Sellu; she made this revelation on October 1st 2014 as twelve out of the seventeen Ebola Patients at the management center were discharged and certified as fit and have survived Ebola. These twelve people discharged included children, men and women, and were further certified with nine more people who had earlier been discharged making it a total of twenty-one discharged persons. The Deputy Matron clearly stated that the management center in Kenema is only now having five patients responding to treatment and will be discharged in due course. Out of the twenty-one discharged survivals ten among them are orphans, five of them are residents of Port Loko, waterloo one, Makeni four, Moyamba two and Kenema three.

The Deputy Matron admonished all and sundry to be each other’s keeper “as the survivals go back to their respective communities let us help them to start life allover she says” and called on well meaningful Sierra Leoneans to say no to stigmatization and victimization on Ebola survivals.

Certifying the survivors, The Minister of State East, Hon. Maya Moiwo Kaikai thanked and prayed for God wisdom on fellow countrymen who have sacrificed themselves to ensure that Sierra Leoneans die no more from Ebola, The Minister encouraged the nurses, potters, cleaners, security personnel who are involved in the Ebola fight not to relent as they will be handsomely rewarded for their sacrifice to their beloved nation Sierra Leone.

The minister of state east called on the people of this country to love one another and that the love should go beyond ethnicity, region and district.

He concluded by thanking the government of Sierra Leone, local and international NGO’S and the international Community that has stood by the Country in this trying times.

Remarks by Stephane Dujarric, the...

As the case load of Ebola virus cu... 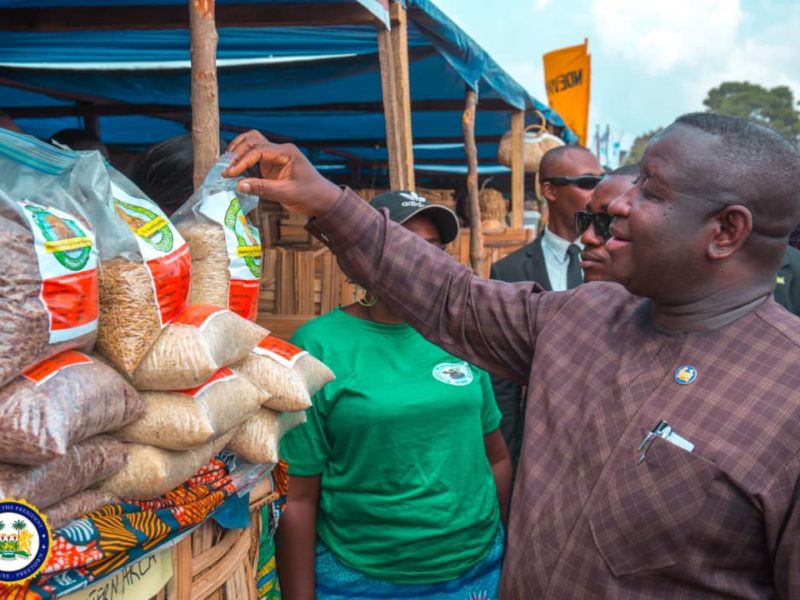