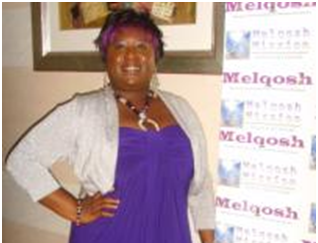 The move will go down history record books as the first Sierra Leonean to ever establish such a centre for amputees in Sierra Leone after the decade-long rebel war in the West African state.

“We have to ensure that they get the best of encouragement and opportunities just like any other human being in the world,” says Faith Okrafor-Smart, Founder and Chief Executive Officer of Melqosh  Mission International

Faith says her Charity, Melqosh Mission International opened an IT academy earlier  this year; at the heart of the country’s capital for war afflicted amputees as well as providing supplementary education centre for  their dependants.

The mission provides Educational Sponsorship to children of marginalised war afflicted amputees and orphans of the deceased amputees,  to enable them to gain better opportunities and lead meaningful lives.  In addition, it has been rendering Empowerment Sessions to the amputees since 2008, to renew their mind-set, revive their self-worth and regenerate a hope for their future despite their disabilities.

In the last six years to date, the charity has also provided Medicare, clothing, crutches, walking sticks, food and monetary gifts to war afflicted amputees and their children, widows and orphans of deceased amputees in the provinces plus seven Amputee camps in the Western Area during their annual or bi-yearly missions in Sierra Leone.

The mission has extended its operation providing mentoring and support to marginalised women in the United Kingdom.

The organisation was recently named the Humanitarian and Charity Organisation  of the Year 2013  by the United Kingdom-based All Works Of Life  Annual Awards (AWOL) and has also received a Special Recognition Award from United Artists Sierra Leone (UK) for its Outstanding Contribution in Charitable works in Sierra Leone.

Faith Okrafo-Smart is a London-based Sierra Leonean who has devoted her life, time and energy to charity work in Sierra Leone, having been  touched by the plight of amputees in Sierra Leone.

She has been a true patriot of the country – a Social Policy and Sociology graduate, a writer, with an unrestrained fervour to positively impact the lives of the disadvantage.

Faith is not only CEO of Melqosh Mission International, but also Founder of the charity organisation – a non profit-making organisation birthed to empower and educate poverty stricken, marginalised war afflicted female amputees and their dependants in Sierra Leone.

Faith’s patriotic zeal to help the forgotten amputees has gained her a  National Special Recognition Award from AWOL Sierra Leone and other  multiple international recognitions.

She made history in becoming the first female UK-based community leader to be awarded a Special Recognition for her work in Sierra Leone and abroad, having been named BEFFTA‘s 2013 Honours Humanitarian Award winner, a Honorary Award from Europe’s largest award ceremony for black ethnic communities.

She says her vision is to implement development strategies on education, health, trade and employment specifically for physically challenged and war afflicted amputees.

“With access to these services , the beneficiaries will have coveted opportunities that we all deserve and a chance to articulate in productive activities, thereby becoming successful, not only for themselves but for the development of Sierra Leone,” she says. 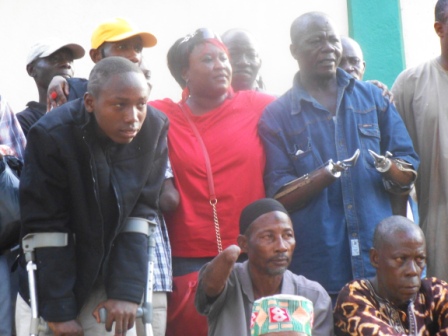