At 54, Schlenker in a deplorable state

At 54, Schlenker in a deplorable state

One of the oldest secondary schools in Port Loko District and the Northern Province, Schlenker Secondary School will today 10th October 2013 observe its 54th anniversary in a low key due to its deplorable state that has resulted to the school losing its past glory as the Oxford of the District and the North.

The celebrations will take place at the school grounds.

The school was vandalized during the civil war and hosted former fighters during the disarmament conducted by the National Commission for Disarmament, Demobilization and Re-integration (NCDDR) for three years.

The school has produced prominent personalities who should give back taking into cognizance the need to rehabilitate the staff quarters and classrooms and other buildings that were destroyed during the rebel war and disarmament process.

The school was established in 1959 by the Roman Catholic Mission to enhance education in the District with the motto; ‘Service, ‘Serve the Truth, Seek the Truth and Speak the Truth.’

Since the end of the war in 2000, the Principal, Chernor Sahid Kamara has written several proposals to Government, NaCSA and NGOs among others to rehabilitate the school but to no avail.

According to sources, during the tenure of the SLPP Government, funds were allocated to NaCSA for the rehabilitation of the school but were diverted to other schools leaving the school in ruins with the NCDDR reneging on its commitment to rehabilitate the school after the disarmament process.

Although the school is doing well in external examinations, this could not be compared to the period when the staff quarters and boarding homes were up to standard in addition to a very conducive environment for learning.

Now, teachers and pupils find it difficult to trek the one mile distance from the township to the school as the road to the school is terrible that sometimes causes accidents.

These, among other constraints, have resulted to parents withdrawing their children from the school.

Residents are kindly appealing to Government and NGOs to rehabilitate the school and the road, especially with the introduction of the 6-3-4-4 system of education to enhance education not only in the District but the entire Northern Province. 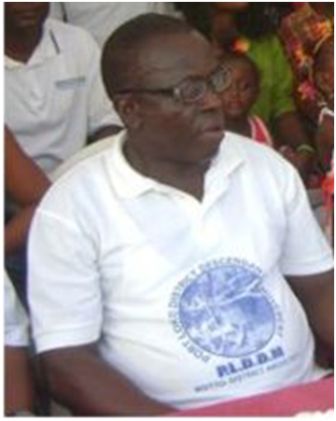